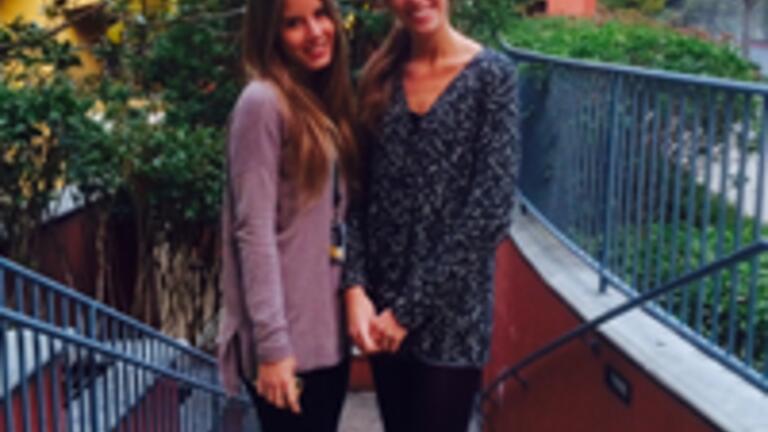 The number of students choosing to spend their entire university education at their “home university” is declining. With USF being recognized as one of the most diverse of any university in the United States, as stated by Diverse: Issues in Higher Education! along with being a highly desirable city to live and work, it is no wonder students chose USF as their student exchange/study abroad destination!

The Department of Hospitality Management (HM) highly encourages students to consider studying abroad for a semester. “As hospitality professionals, it is very important that students learn how business is done in other parts of the world,” said David L. Jones, Administrative Director of the department. In that regard, HM has been actively establishing international student exchange partnerships with other universities from around the world that have hospitality and tourism management programs.

This past fall, there were a number of students from overseas universities studying hospitality management at USF on a student exchange program for a semester, adding further to the department’s global perspective. Two of those students came from Barcelona’s Universitat Ramon Llull - Tourismo Sant Ignasi (TSI), Andrea Fort Nolla and Andrea Ondiviela Bessa. They are the first two students from TSI to participate in a collaborative exchange program developed with USF’s HM department. Because of their academic standing, the Coordinator of International Collaborations at TSI, Catherine D’Amico, personally invited them to participate in the exchange program. Fort Nolla and Ondiviela Bessa had a choice between three universities in the United States and they selected USF. They both say their experience has been greater than they ever imagined it would be!

Fort Nolla and Ondiviela Bessa reside in the Loyola Apartments at USF and really enjoy living on campus. They both expressed how the Hospitality courses at USF do not exist at their University. Fort Nolla shared how her coursework at TSI is more theoretical, whereas at USF, they combine theory with practice. For example, they were both enrolled in the Beverage Management course, taught by Adjunct Faculty Jeff Scharosch, which allows students with an interest in the beverage industry to gain product knowledge of alcoholic and non-alcoholic beverages, beverage operations, legal regulations, marketing and management. The class also made a trip to Napa Valley where they visited three wineries and spent the day learning directly from the experts in the field. Both expressed how they planned on working in hotel operations, but spending just a semester at USF may change that. Ondiviela Bessa shared that most students at TSI focus on the hotel operations side of the profession. But after taking Beverage Management and Fundamentals of Culinary Skills courses from Chef Jean-Marc Fullsack and Scharosch, she said, “I realize I enjoy the restaurant side of hospitality also, especially handling food. This is something I did not expect to like.” Fort Nolla shared, “I’ve learned that the field is much broader! I’ve been introduced to other areas of hospitality that I’m interested in.”

When asked how this student exchange has impacted their academic and professional career, Ondiviela Bessa replied, “It has broadened my knowledge of the industry for sure! But now, I am very indecisive because I came here with the idea that I would finish school and work in the hotel industry in operations, but now, I’m not sure that is the direction I want to follow. I really enjoy working with food and wine.”

The Department of HM is also encouraging HM students to spend a semester studying abroad at universities offering hospitality and tourism management programs, like TSI. Something the two Andreas are helping promote as ambassadors for TSI. The Department hopes to send two HM students to study there in 2014.

Additionally, HM is working on creating more partnership with other universities overseas to give HM students a wide variety of opportunities to study in the field overseas. Currently we have co-operative agreements with Universitat Ramon Llull- Tourismo Sant Ignasi (TSI) in Barcelona, Spain and Haaga-Helia University in Helsinki, Finland. And starting in fall 2014, students will be offered the opportunity to participate in a student exchange with Hong Kong Polytechnic University, Hong Kong. More partnerships are in the works, as well. We work closely with the Center for Global Education here to connect students with these opportunities.