This summer, the Department of Hospitality Management’s Educational Kitchen on Lone Mountain was replaced with new state-of-the-industry equipment. The equipment that was replaced had clearly outlived its useful life and did not exactly inspire gourmet cooking.

The University of San Francisco invested $150,000 for the upgrade, which demonstrates the university’s continued commitment to the success of the program.

When Executive Chef Jean-Marc Fullsack was planning the upgrades, he focused on functionality and energy efficiency. “I wanted to ensure that the equipment was versatile and could be utilized to prepare a wide variety of cuisines, while also being energy efficient,” Chef said.

Originally the kitchen was being planned to utilize only electric appliances, but Chef decided to make it a hybrid kitchen, utilizing both gas and electricity.

This makes the kitchen very energy efficient,” states Chef “and guarantees that students are trained with both traditional gas and new state-of-the-art electronic and induction technology.”

Chef knew exactly which equipment he was interested in, having attended the Annual National Restaurant Show the year prior, where he engaged face-to-face with buyers and increased his brand awareness, searching for the ‘what’s next’ in kitchen equipment.

The Educational Kitchen went from one commercial oven to five ovens – including two high tech commercial Combi ovens (all-in-one convection ovens that include kettle, steam, fryer, smoker, and dehydrator with a programmable touch screen controls); the third new oven is a TurboChef convection microwave oven (toast, brown, and crisp food up to twelve times faster than traditional cooking methods); the fourth is a standard convection oven; and, the final oven is a traditional gas oven. The kitchen also went from having only four burners to now boasting ten burners on two different stoves. Four of the burners are induction technology, reducing the likelihood of a student injury, while six are gas. Additional upgrades include an expanded commercial sink freezer, fryer, dishwasher and steel commercial sink with three compartment drainboards.

Another important feature of these upgrades is the addition of a beverage station across the hall from the Educational Kitchen. The small pantry room, which connects to the Handlery Room, has been transformed by adding a cappuccino machine, ice machine, and a glass washer. This will lay the foundation for expanding the material covered in our Beverage Management course since students will be able to learn barista techniques and instructors will have a complete beverage lab in which to conduct the experiential aspects of the course. The beverage station will also enable us to enhance the Catering and Fine Dining Management class, which executes four catered events each spring semester.

Further updates are planned in the Educational Kitchen, including floor, ceiling, and lighting replacement, as well as new media technologies; however, we now clearly have state-of-the-art culinary equipment and are on our way to transforming the kitchen into a 21st Century culinary environment.

“These upgrades to the culinary laboratory would never had happened without the tireless efforts of Chef Fullsack,” said Michael Collins, Chair of the Hospitality Management Department.

The Department of Hospitality Management also owes a debt of gratitude to Charles Cross, Michael London, Craig Peterson and J.J. Thorpe in the University’s capital expenditures and Facilities Management for contracting, coordinating, and supervising the project. 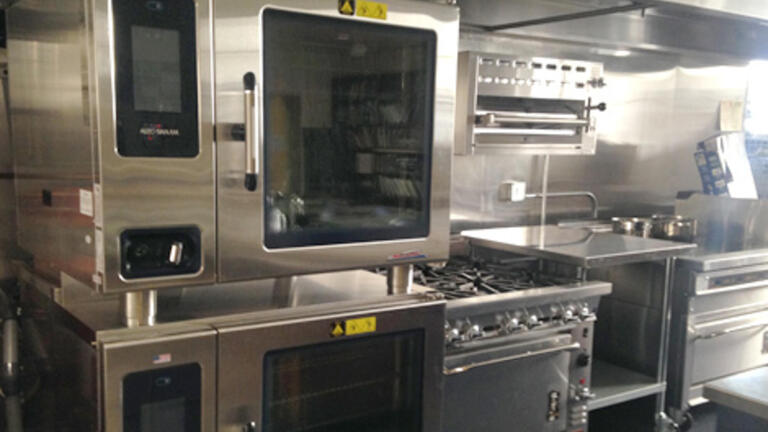 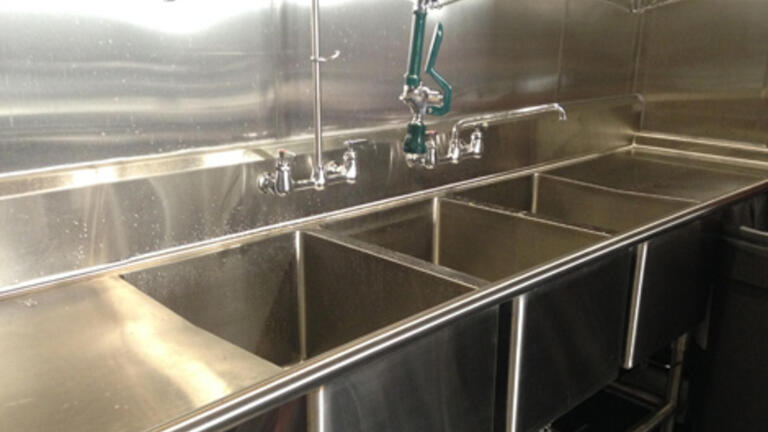 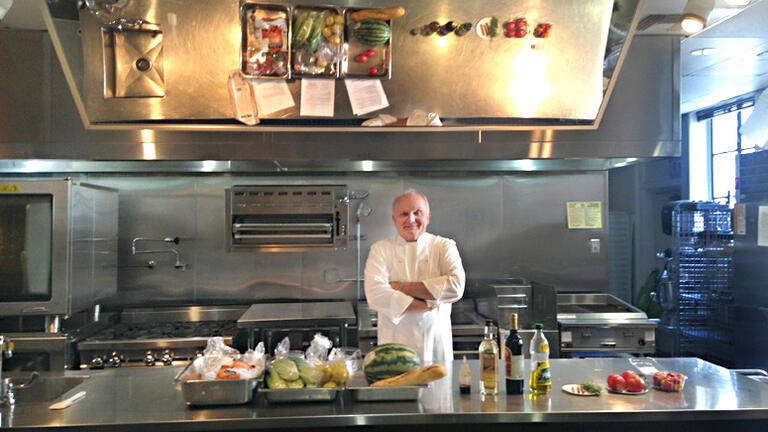