Innovate For Good Conference: How to Lead in 2018 and Beyond

On April 4th approximately 225 people gathered for the third annual Innovate For Good Conference, which emphasizes the importance of sustainable and ethical mainstream businesses.

School of Management Dean Elizabeth Davis kicked off the conference by thanking the educational nonprofit, The Commonwealth Club, which co-hosted the event. The event was made possible by the Harari Leadership and Social Innovation Initiative, an endowment established by Alan Davis and Mary Lou Dauray in honor of former USF faculty Oren Harari.

The Harari initiative really supports USF programs that bridge theory to practice in the fields of conscious leadership and social innovation.

“This endowment continues to fuel USF’s 90-year history of educating students to excel in the business acumen, and government and nonprofit environments. USF’s faculty are internationally recognized and really committed to teaching the business acumen needed to really succeed under the hallmarks of Jesuit education,” Dean Davis said, expressing her thanks to donors Dauray and Davis’ continuous support for this effort.

The Chair of the conference was USF professor David Batstone. “Today is a special day for me,” he began, “because it’s the culmination of a long journey of wanting to see how we could actually embed solutions into missions and nonprofits that really believed in changing the world but didn’t have the tools.”

Batstone went on to explain how as a private equity banker he exposed a local Bay Area restaurant for human trafficking. “Over 500 teenagers in the area of Bangalore were brought into the Bay Area for forced labor; first in the restaurant, and later in fruit and vegetable fields, and brothels in Northern California.” As a result, Batstone was inspired to travel the world to continue investigating this crisis.

After five years of building shelters in Thailand, Peru, and Romania, Batstone felt like he needed to do something else: “I needed to find the way to embed the same scalable solutions I was finding in Silicon Valley and applying it into a world of environmental and social change. Today is a celebration of entrepreneurs who are pioneering that work,” said Batstone.

They’re building great companies that are financially sustainable but they are embedding the DNA of the company as a way to create the kind of impact to design the world we want to see.” He emphasized that the significance of building companies for the mainstream that create social good and have the essence of dignity and expressed that “[Innovate for Good] really is the platform for large-scale impact.

Notable speaker and Ben & Jerry’s CEO Jolstein Solheim was awarded the Harari Conscious Leadership and Social Innovation Award. “I’m accepting this award on behalf of our team members,” said Solheim, expressing how fortunate he feels to work with an amazing team. "My job is to set them free to live their purpose and create the impact that they do every day."

The former White House Director of Global Engagement Sarah Heck also gave a very compelling keynote presentation about her time working with the Obama administration, as well as her current position working as Head of Entrepreneurship at Stripe—an internet-based payment processing company.

“While entrepreneurship and innovation has become synonymous in many ways with the United States, it certainly wasn’t invented here,” said Heck. “In every corner of the world, there are rich histories of individuals who have chartered their course with enterprising ideas—on the ancient Silk Road, the rise of mercantilism, and through the Industrial Revolution.” Now, Heck explained our society has shifted into a new era of entrepreneurship, which is fueled by the internet. Heck also gave a nod to USF’s and other organizations for “supporting entrepreneurs with the necessary skills, network, and community to help them thrive.”

During the eight years of the Obama administration, entrepreneurship became a focal point of work at home and overseas. ... President Obama understood the impact entrepreneurs have on communities. In the midst of an economic crisis at home and raging conflict overseas, there was a need to promote content and empower people with the best ideas to take actions for themselves.

At the end of the event, Batstone closed with inspiring words in honor of Martin Luther King Jr. 50 years ago today I was 10 years old… And a very important person got shot—and he had a dream. He had a dream to make this country something that was worthy of the blood that was shed to create it and the imagination of those who wanted to see a new world—and that dream got shot. Batstone explained the idea of putting dreams into practice to make them happen was extremely impactful for him. “You have to invest in your beliefs. You have to consume and become fans of products because you want to stand by them because you see the great risks they’ve taken to do something different,” he said. ”It takes dreamers to take action on their dreams.” 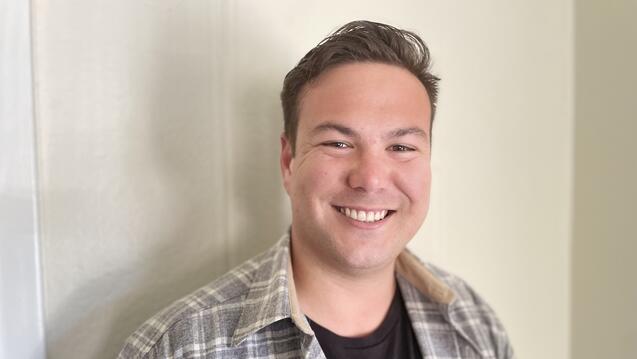