Heinzmann stood out among his classmates and to one of his four professors, Associate Dean Tony Patino, who taught his Loading.... As part of the GHMP, Heinzmann is specifically interested in marketing for hospitality. He chose this course because he thought it could be “applicable and interesting.” Little did he know he’d be rolling in virtual dough in less than four months.

As part of the curriculum, Heinzmann and his classmates were assigned a semester long project that included instructions to register (it’s free!) at HSX.com, home of the Hollywood Stock Exchange. It is a way for anyone who wishes to buy and sell simulated stocks of superstars and movies with a currency named the Hollywood Dollar.

In this case, Patino asked his students to start with $2 million in order to buy and sell movie shares. The goal was to make as much money possible by the end of the semester.

I was trying to figure out new ways to increase the amount of money I could make in one day. At first I was doing what everyone else was doing, checking out trailers for upcoming movies, basing judgment on that and investing. —Christopher Heinzmann

Then, he decided to try something different. This pivotal moment in the semester is what changed everything for him and his success in the stock exchange.

Professor Patino believes that social media is an important part of the decision process. “Social media influences everything we do. It also examines the fluctuations and volatility in the marketplace.”

Heinzmann noticed that some movies either still in production or in the development phase were getting some spotlight and becoming newsworthy. This sparked his curiosity to find out how they fluctuate in value. After watching some of them spike at certain points and then drop right back down all within one day, Heinzmann wanted to know why.

“Towards the end I started figuring out all these patterns on the website and just looking to see if there were any trends on how a movies value can change. In the end I created a system where I just started making a lot of money every day,” he said.

All of the money he was making each day added up to $55 million by the end of the semester. According to Professor Patino, the most money he’d previously ever seen a student make in his class was $4 million. Heinzmann had met his goal of being in the top ranking on HSX.com for quite a while--and of course, earning an A on the project and in the class!

Heinzmann was kind enough to share his money-making insights with friends that were also in the class. Although he didn’t give away all of his secrets, he still ended on top with his friends placed close behind.

Future stock market investors better watch out for Christopher Heinzmann--he knows what he’s doing and isn’t afraid to stray away from the norm.

I never thought about the stock exchange as something I’d be interested in, but considering I did pretty well, I might give it a shot someday. —Christopher Heinzmann 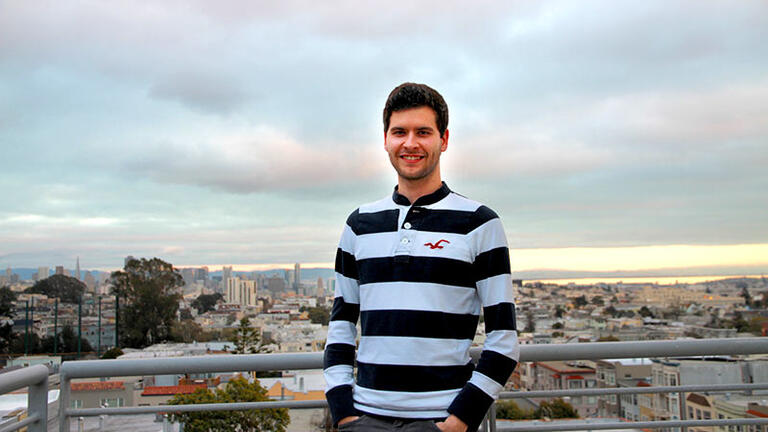