Our screens are getting larger, but our hands aren’t.

USF alumni Seva Mouler ’13 and Alia Lau ‘14 are launching a new product that enhances the way people interact with their touchscreen devices.

A stylus is a type of pen that is used for writing and drawing on a touchscreen.

Mouler constantly found himself forgetting and leaving his stylus at his office or home.

This gave him the idea to make a more versatile and easily accessible version of a stylus.

He thought of the StylusFlex, a stylus pen which can attach to the device and also bend to act as a stand.

“I met her [Alia Lau] while studying in the library at 3 a.m., and we became friends. I knew she was an awesome designer who was a grade A student, so one day we spoke about creating the new product and made it happen,” said Mouler.

Alia Lau, an art history/art management major, did not initially see herself becoming an entrepreneur. Lau was introduced to design at USF and partnered with Mouler on the idea to create the product design.

When starting out with the idea, Mouler and Lau reached out to alumni and faculty who offered feedback and influenced the marketing for their campaign.

The great thing about USF is the love and support from the community. People want to see others succeed and there is no jealousy and competition.

Lau participated in volunteer work through USF and learned through firsthand experience about giving.

Wanting to incorporate the social justice mission from USF into their product, both Mouler and Lau plan to donate to underprivileged schools around the world. 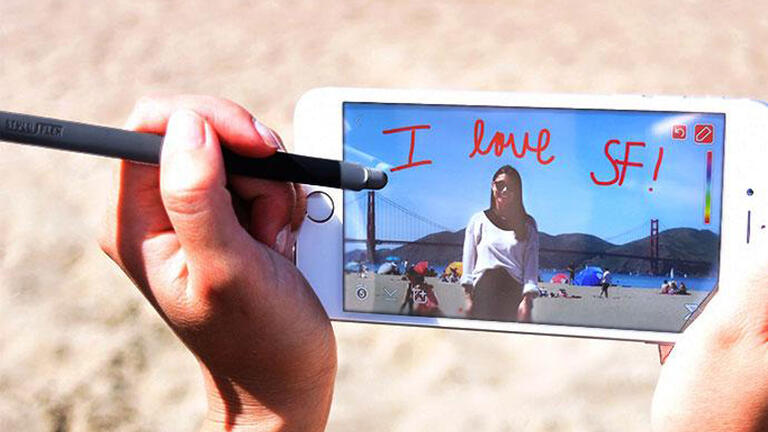