The purpose of the conference is for educators to present their research, exchange ideas, share best practices, update themselves on the latest industry trends, network and of course, have some fun!

The ICHRIE conference was extra special this year, as three USF Hospitality Management faculty members received special recognition: Dr. Millar was officially inducted as the 2015 CHRIE President of the West Federation and onto the ICHRIE Board of Directors; Dr. Collins became the new Director of Industry Relations for CHRIE West Federation and Dr. Thomas Maier, previously President of the Central Federation of ICHRIE, was awarded a Penn State Research Report award for his research titled “Multi-Unit Efficiency Assessment And Multidimensional Polygon Analysis In A Small, Full-Service Restaurant Chain” along with co-authors Dennis Reynolds, University of Houston and Jennifer Sandstrom, Washington State University.

The conference also gave Dr. Collins and Dr. Millar the opportunity to present a paper titled “Aggressive Street Behavior and Its Impact on Destination Image:  An Exploratory Study”.  Research findings from the study indicated that, while the San Francisco hotel community is very concerned with street behaviors such as aggressive panhandling, sleeping in public and public urination/defecation, these behaviors have minimal impact on San Francisco’s image as a destination.

“There are simply too many positive factors related to San Francisco, including the city’s natural beauty, exceptional tourism infrastructure, and the sentiments people associate with the ‘City by the Bay’, that most people are willing to look beyond these common urban challenges when forming an overall impression of the city as a tourism destination,” Collins said.

Dr. Collins, along with John Stephan of Auburn University, also presented a paper called “Evaluating ‘Best Available’ Online Hotel Room Rates”.  Stephan and Collins analyzed room rates from fifteen cities across the United States looking at over 15,000 room rates in total. Their research concluded that with some isolated exceptions, the industry has achieved rate parity relative to online hotel room rates. In other words, whether you book through an online travel site, such as Expedia or Travelocity, a hotel proprietary site such as Marriott.com or Hilton.com or a meta-site, such as Kayak.com there is statistically no significant difference in hotel room rates, from the consumers’ perspective, between these various booking options. “The only way to save any significant money by booking online is to be willing to pre-pay for your accommodations,” according to Collins, “in which case you may save as much as 12%-15%.”

ICHRIE was a success for USF.

“USF is well represented at ICHRIE, which will garner a lot of exposure for our quality-focused hospitality program.  I look forward to representing our department within ICHRIE and to serving the West Federation and its members.  It’s going to be a fantastic year,” Millar said. 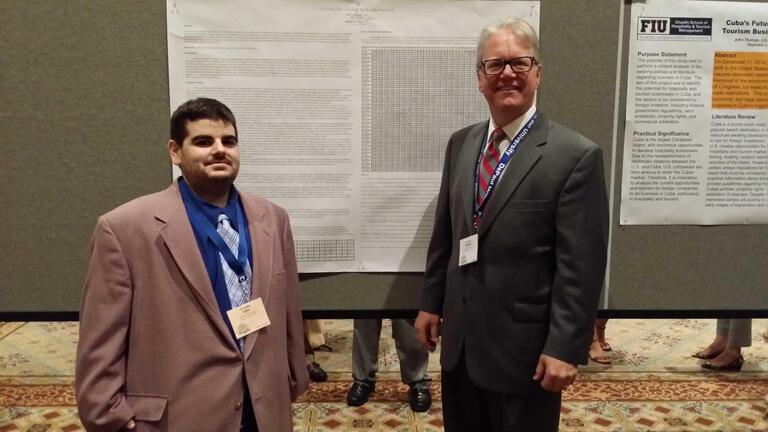 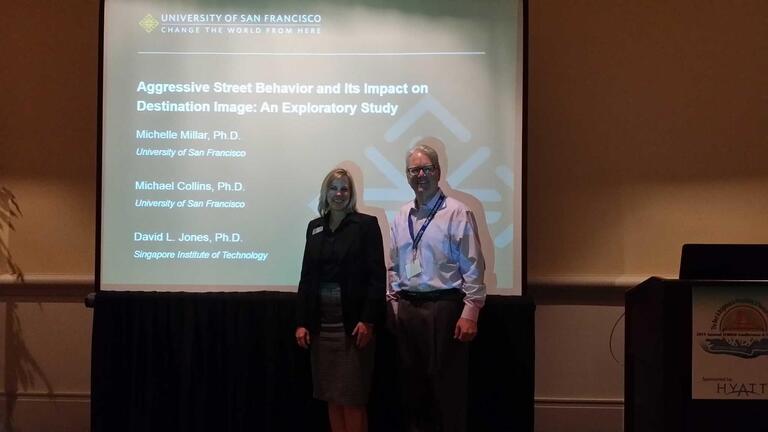 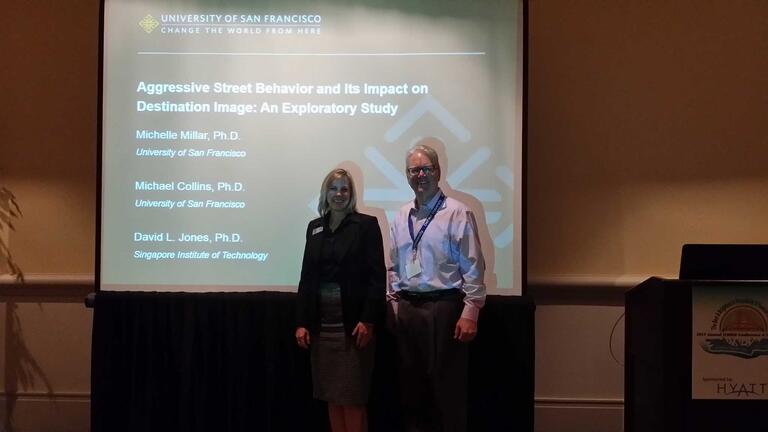