The Intrigue of Performance Management, from Europe to USF

by School of Management Master of Public Administration

Professor Richard Callahan is motivated by a mystery-- the mystery of how cooperation emerges in a democracy and how change, innovation, and improvement occurs in public service and public sector performance.

School of Management Professor Richard Callahan, who teaches MPA courses in strategy, leadership, and the introduction to public administration as a field of practice, presented at the Public Management Research Association Conference (PMRA) in Aarhus, Denmark, which took place June 22 – 24.

In order to be a panelist and present at the international conference, Callahan had to go through an extremely competitive double blind peer-review selection process. The conference consists of “the leading researchers and journal editors in public management,” Callahan said. “My panel has researchers from universities in Denmark, Netherlands, from Texas, USA, and me.” According to Callahan, 20 countries were represented at the conference, and he “was excited to see the work of democratic governments in Western, Central, and Eastern Europe.”

Callahan’s research is comprised of two case studies. The first involved the California State Government Performance Management Council “of over 20 California state agencies and departments.” For his second case study, he addressed the the Department of Toxic Substance Control, within the California Environmental Protection Agency. In the cases Callahan focuses on, his research shows how public managers lead the development of their systems using strategies including “[developing] an advisory board of outside experts, developing forums for public discussions of successes, and working with staff to choose key measures that indicate the direction of performance.”

Callahan said that his intrigue with performance management sparked in the year 2000. At the time, he had been directing the California Leadership Institute for state government executives. Later, in 2006, Callahan was interviewed for the State Little Hoover Commission's report, which allowed his interest to develop – in this case, specifically in regard to state government. Finally, in 2008, Callahan joined the State of California Environmental Protection Agency’s Department of Toxic Substance Control advisory board, in which he “observed the initial meeting of the state performance management council.”

And while Callahan has taken his research and presentation to Denmark, he assures that these findings are essential, prevalent, and extremely present in the classroom back at USF. “I bring back to class the most current research and cutting edge thinking in the practice of public management,” he explained, saying his research is an essential part of the two courses he instructs (Strategy and Public Administration as a Field of Practice), and that it gives his students the advantage of experiencing and learning about “evidence based best practices.”

The conference also gave Callahan the chance to visit Europe. He said that before Denmark, he got the opportunity to stay in Krakow, Poland “a wonderful city to walk around,” and he spent time at the Jesuit University of Krakow, in which over 80 Jesuits reside. Callahan also describes his visits to the Jewish quarter, Oskar Schindler’s former factory, and the concentration camps at Auschwitz and Birkenau. “The tragedy of recent history was a powerful experience,” he said, “an experience beyond words.” 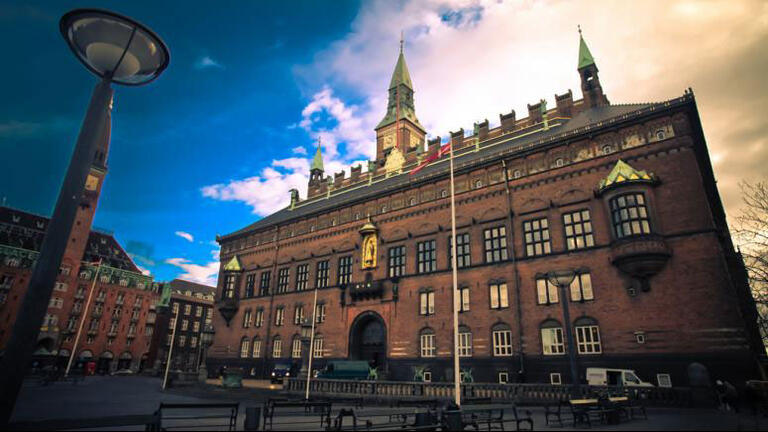