USF School of Management faculty and students have ringside seats as their smartphones become a gateway to a new way of doing business.

The 21st century has introduced our world to the sharing economy, in which private individuals can provide an array of services for others. Companies like Uber, Airbnb, Turo (formerly RelayRides), TaskRabbit and Lyft allow for community-based, peer-to-peer sharing of goods and services. Another thing these companies have in common?—all have headquarters in the seven-by-seven mile area that is the city of San Francisco.

The sharing economy is really big for San Francisco because the costs are so high here. It’s a way for people who have a resource to be able to share it and earn money from it,” explains USF School of Management assistant professor and Gellert Family Business Center director, Monika Hudson.

Almost three years ago, San Francisco Mayor Ed Lee announced the formation of “The Sharing Economy Working Group”—a first of its kind. Mayor Lee said, “As the birthplace of this new, more sustainable ‘sharing economy,’ San Francisco must be at the forefront of nurturing its growth, modernizing our laws and confronting merging policy issues and concerns.”

Why else is San Francisco the sharing economy’s Central Station? In these peer-to-peer interactions, goods and services are mostly found and exchanged with the help of new technology. People can now swap, exchange, buy, share, trade, rent, lend and subscribe all at the touch of their fingertips. With its reputation for tech innovation, the city has attracted businesses eager to leverage its citizens’ smartphones in creative (and profitable) ways.

What’s more, “The sharing economy has taken off in San Francisco because of the youthful orientation of the Bay Area. It just flows like that--it’s a very student or post-student focused mentality,” said Hudson.

And that puts USF School of Management students in the heart of the new economy, witnessing firsthand its great leaps forward—as well as its growing pains.

The Problem of Regulation

It may sound like a free market dreamscape, offering both convenience and economic efficiency. For example, Uber and Lyft provide easy technology for customers to share their ride fee with friends. And often times, using these services is more budget-friendly, which is why many people choose them.

However, Michael Collins, USF School of Management associate professor and Hospitality Management Department chair, notes one of myriad concerns raised about such transportation apps. “If I run a cab company, I have to be able to pick up a passenger in a wheelchair; Uber doesn’t have that.” The issue is much larger--because they operate outside a context of existing protective regulations or laws, sharing economy companies are left to address some serious criticisms.  Collins continues, “Some people might argue, ‘Why should you regulate? Shouldn’t people be free to do what they want to do?’ Well, we’re free to do what we want to do as long as it doesn’t negatively impact other members of the community.”

Hudson concurs, raising as an example the neighbor whose apartment becomes a nuisance as a parade of not-always-respectful Airbnb guests come and go.

The sharing economy kind of evolved, and people are really loving it and not necessarily thinking about the unintended consequences.

The Politics of Sharing

On November 3, 2015 in San Francisco, there was an election on city propositions. One included Proposition F, aimed at regulating short-term rentals such as Airbnb, VRBO and more. People who voted “yes” on Prop F wanted “fair and reasonable” rules for short-term rentals; hosts to become legally registered; property owners to give authorization before hosting; and the exclusion of unregistered rentals. People who voted “no” on Prop F were voting against the ban of short-term rentals of in-law units; government accessing entrance to private data; neighbors having a motive to spy on and sue each other; and changing new legislation that should first be given a chance to work. (Voters ultimately rejected the measure.)

It was an opportunity for Collins to bring his students into the mix for this real-world sharing economy practicum. At the beginning of the semester, he polled 16 of his Hospitality Law and Labor Relations students about their position on short-term rentals, asking if they believed that individuals should have the right to rent a room or full apartment/house; 15 of them said “yes.”

Following this poll, students were given an assignment that included doing research on short-term rentals as “City Council members.” They had to make a decision of whether or not they would allow short-term rentals throughout their individual communities. By the end of the project, their opinions had completely reversed.

“In this case, at first glance, most students responded, ‘Sure, everyone should have the right to rent out space in their own home to whoever they want!’ And then you ask them, ‘What if your neighbor was renting their home out on a regular basis and you had a 'revolving door' of neighbors? How would you feel about that?’” said Professor Collins.

All of a sudden, they are looking at the issue from a different perspective and they think, ‘Oh, maybe I wouldn't like that-- perhaps I should give this issue a little more thought.’ That was one of my goals with the assignment.

Meanwhile, whether you’re an Uber-devotee or you’re horrified at the thought of strangers using your pillow, there’s no disputing that the sharing economy is changing the business landscape. As entrepreneurs, regulators and organizational development experts, tomorrow’s USF grads will find themselves well positioned to assume roles at the forefront of these debates. 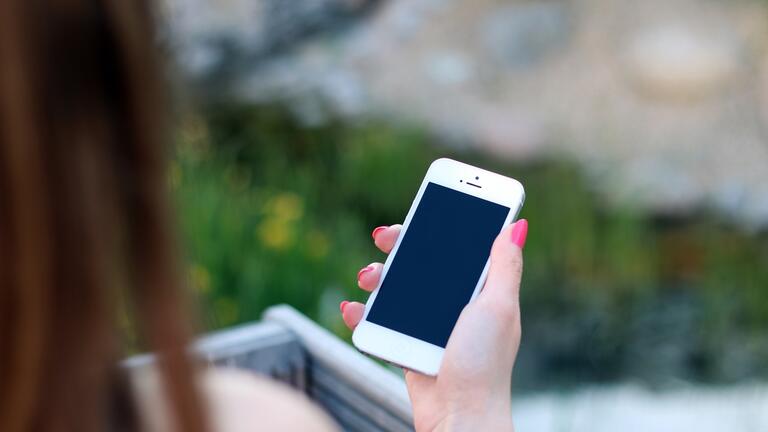