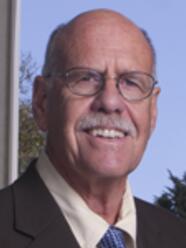 As researcher and the author of two books on California and U.S. politics and the public agenda, Dr. Larry Brewster has always been deeply involved with the intersection of policy and social justice. He has received both a Law Enforcement Leadership Award and the American Society for Public Administration's Outstanding Public Administrator Award. He has been involved with arts programs in correctional facilities since the early eighties and his most recent book focuses on the life-changing effects art education can have on the incarcerated.

Recently, Dr. Brewster's work for various prison arts programs has expanded to include testifying before state committees to report on the findings of his extensive research. He recently testified before the Joint Committee on the Arts, chaired by Senator Cullen Price, Jr., regarding his most recent evaluation of arts programs in four California state prisons. Other specialists who testified were the actor and director Tim Robbins, who founded and runs the Actors' Gang theater group, which started in Southern California prisons, and the musician Wayne Kramer, who founded and runs the Jail Guitar Doors program, which offers music workshops to inmates.

"Far too many inmates pass time in the yard, playing sports or working out in segregated groups as they try to break the monotony of prison life," says Dr. Brewster. "Arts-in-Corrections (AIC) offered convicts another way to momentarily escape the harsh realities of prison life while doing their time constructively and meaningfully. AIC served thousands of inmate-artists and offered hundreds of thousands of hours of art instruction during its thirty year run (1980-2010). Original artwork of extraordinary sensitivity and honesty was produced. More importantly, the artistic process for many of these men and women was a path of discovery and redemption."

When testifying, Dr. Brewster likes to tell the story of former inmate Leon. Growing up in South Los Angeles, with all of his role models serving time, Leon not only expected to go to prison but looked forward to it, romanticizing it as the place where real men earned their badges of courage and respect. During his time in the Arts-in-Corrections program he co-wrote and acted in two plays, composed songs, and discovered his talent for drawing and painting. Leon says that what the AIC program taught him above all else is the importance of completing projects. Since his release four years ago he has stayed out of trouble, written a novel, and co-written and acted in two plays.

Dr. Brewster is working closely with a team of people who are lobbying to have state funding for prison arts reinstated. Currently, he is working with the William James Association (as a member of its Board of Directors), the California Lawyers for the Arts association and Tim Robbins's program. In July, Dr. Brewster testified before the California Rehabilitation Oversight Committee, seeking to report his research findings and make a case for the reinstatement of funding for the prison arts programs.

Dr. Brewster hopes that his most recent book, Paths of Discovery: Art Practice and Its Impact in California Prisons,a collaboration with photographer Peter Merts, will contribute to the reinstatement of state funding for the programs. He interviewed dozens of inmates and former inmates on their experiences in the arts programs and the effect it had and still has on their lives. As part of his research, he evaluated the art program at Folsom prison to gather data on its effectiveness, measuring attitudinal and behavioral changes in inmates as a result of participation in arts programs.

In Brewster's research, behavioral and attitudinal changes in inmates and former inmates have proven to him that inmates, who participate in arts programs, are much more likely to transcend racial divides. To illustrate this point when testifying, Dr. Brewster uses the story of three men he calls the Three Guitar Makers. A Caucasian inmate started a guitar-making course, and a Hispanic inmate and an African American inmate got involved. They became good friends. "The African American man and the Hispanic man had both grown up in East LA," said Dr. Brewster, "and had they known each other outside of prison, they would have certainly hated and potentially killed each other. But now they're both out and they have remained very close." All three men are still making guitars; two of them do so as successful businesses, one as a hobby. One of the two professional guitar makers branched out and is now also making violins and cellos.

Before the funding for arts programs in correctional facilities was cut in 2010, arts programs were available in all California prisons, both male and female population. Now Arts-in-Corrections program only remains at San Quentin. "There is no state money for the programs right now," said Dr. Brewster, "but we are extremely hopeful, we're getting so close. As the economy improves and the state budget grows, we'll get there. We're all die-hard optimists here."