Christine Yeh’s campaign to preserve a disappearing indigenous culture has landed the USF professor’s work, or more precisely her students’ work , in Taiwan’s national museum — where it’s made headlines and earned applause from the country’s Ministry of Cultural Affairs.

Titled I am Atayal!, the exhibit features folktales, photos, watercolor and acrylic paintings, collages, murals, and weavings by indigenous Atayal elementary school students that Yeh taught in Taiwan. The exhibit, which was on display at the National Taiwan Museum throughout August, is a celebration of a culture that’s suffered colonization, displacement, and discrimination.

The Atayal tribe, reported to date back 7,000 years on the island, has been pushed to the remote mountains of Taiwan, as Chinese Han culture has spread. Intermarriage, political oppression, and an educational system that devalues their heritage have left only a quarter of the 85,000 Atayal able to speak their native language, Yeh said.

Yeh, a professor of counseling psychology at the School of Education, traveled to Nan’ao, Taiwan on a 2012-13 Fulbright award to develop curriculum to reconnect the students to their heritage. “It’s really important for the next generation to take ownership of their culture and feel proud of it, so that it can continue,” she added.

As part of their regular studies, Yeh’s students created the now exhibited works over the course of the school year.

A sense of pride & heritage

“This project was a response to current Taiwanese educational policies that inaccurately assume that fitting into the dominant Chinese Han culture is more important than maintaining one’s aboriginal heritage and that the benefits of learning English outweigh the costs of allowing aboriginal languages and their attendant traditions to go extinct,” Yeh said.

Its success and that of the exhibit have instilled pride and a sense of heritage and historical value in the students, Hwang said. “Now, for example, they know that the rhombic pattern (a horizontal diamond shape common in many textiles) represents the eyes of the ancestors and that the color red represents warriors’ blood, passion, and courage,” she said.

The exhibit will travel to aboriginal villages, including Nan’ao.

That Yeh feels a personal connection to the indigenous Taiwanese students is no wonder. Her father’s family is of Hakka tribe descent. He lived in Taiwan under Japanese colonization. When Japan lost World War II, the Chinese-backed Kuomingtang (KMT) regime took over and attempted to purge Taiwan of Japanese influence, killing between 10,000 and 30,000 in the ensuing 40 years. Yeh’s father fled Taiwan in the 1940s because he feared political persecution.

“My father was a leading student activist who fought the oppressive KMT governmental and educational policies, because they banned Japanese, the language he grew up speaking, and barred him from receiving his college degree due to his strong political views,” said Yeh, who’s spent her career developing cultural empowerment curriculum for marginalized kids.

“Returning to Taiwan was personally and professionally meaningful,” she said. “I thought of it as coming full circle, because I come from a family history of colonization similar to the island’s indigenous people.” 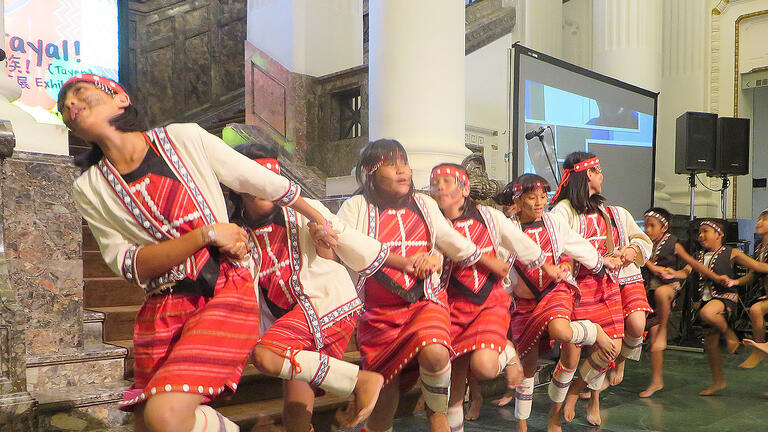