Getting to Know the Department of Leadership Studies’ Newest Faculty Member

by School of Education

Jane Bleasdale is a self-described “pracademic” - a practitioner academic. “I don’t want the kind of job that takes me away from teaching. I want to be in a teaching university. The opportunity to teach and to use the research and learn from others is really exciting to me.” It’s one of the reasons she joined the Catholic Educational Leadership program, part of USF’s Department of Leadership Studies. “Looking back, I don’t think there was a particular moment I decided to commit to Catholic education or become a social justice educator, but I look at it as everything I’ve done to this point has brought me to USF.’”

Bleasdale grew up in England where her parents were both Catholic educators. “My father was the head of school at a community school for boys who were labeled ‘juvenile delinquents.’ We lived on campus. I watched my parents and listened to them for years talking about service, social justice, inequality - especially around race - and it stuck with me.” Bleasdale began working in Catholic high schools after she moved to the United States. She helped transform a failing high school by establishing supports and policies to combat substance abuse, developed arts curriculum and extracurricular activities, and created a system for parent participation in school. Bleasdale was critical to improving faculty development and student life. She developed a teacher mentor program and revitalized the professional development curriculum for teachers. Ten years ago, Bleasdale worked with her students to launch a Gay Straight Alliance (GSA), the first of it’s kind in a Catholic school in New Jersey. In attending conferences with other Catholic school teachers, Bleasdale continually heard teachers discuss the lack of resources within their schools to support students struggling with their sexual identity. Bleasdale began advising other Jesuit High Schools on the process of establishing their own GSAs.

Bleasdale’s work in high schools inspired her research which focuses on diversity and inclusion within Jesuit high schools. “My research specifically looks at students who identify as Black, Latino and/or LGBTQ. These are the students who tend to be the most disenfranchised in schools and are experiencing marginalization in profound ways. What I found is that Catholic education has a commitment to service - and it’s done that commitment well. But too often it’s a commitment to service ‘out there.’ There is less of an understanding internally. And it was teenagers that pointed this out to me. I continue this work because I believe Catholic education is the best place to challenge and solve these problems of inequity and marginalization.”

In considering a faculty position, Bleasdale looked for an academic community that sees education as a way to equip students to challenge the oppressive constructs they experience, and that values the experiences students bring to the classroom. “My wife and I adopted our children 10 years ago from the foster care system. In his introductory words to the doctoral students at new student orientation, Dean Kumashiro talked about educators needing to think specifically about the foster kids that might be in their classrooms. He emphasized the value of what a kid brings to the classroom with them, what an educator brings to the classroom. Their, our, personal stories are so important.”  Hearing this, she says, made her all the more excited to be a part of USF. 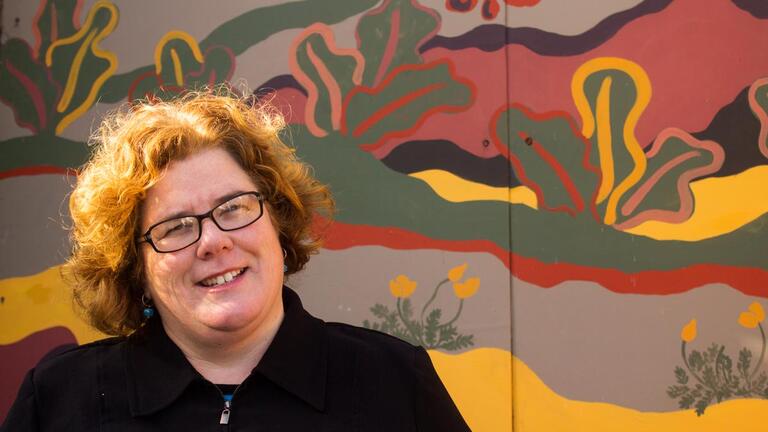