For MFA in Writing students, the Emerging Writers Festival is an opportunity to catch a glimpse of the life that awaits them after graduation. It provides a behind-the-scenes look at the industry from the point of view of the newly published, the emerging literary career — this is the type of writing being published right now, these are the personalities behind it, this is how they transitioned from the MFA to the industry.

Each spring, five emerging writers (“emerging” defined by those who have one or two, or maybe three, books published) are invited to campus to participate in the festival, which includes two nights of readings and a Q&A Panel. This year’s cast included Abeer Hoque, Lucas Mann, Sara Michas-Martin, Naomi J. Williams, and Jill Talbot.

Classes are shortened to allow students to attend. Audience members are treated to snacks—usually cheese and crackers, sometimes cookies alongside chips and salsa—and then take their seats for the visiting writers, who read excerpts from their books, often giving context to the emotions or life events that inspired the selected piece. Afterward, the writers, the faculty, and the students partake in a beer or glass of wine and talk writing, reading, or anything but. It’s a great opportunity for students to humanize the writing industry, to realize that authors are real people who exist outside their published words and public personas, who were once, maybe last year or the year before that, right where they are now.

On a more formal conversational stage, the festival also hosts a panel, this year moderated by faculty member Bruce Snider, called “The Writing Life,” where the visiting writers, as a unit, field questions about their experiences writing after the MFA. This year’s panel responded to questions ranging from what they sought out for their writing environment, what their journey from a complete thesis to publication and distribution was like, and how to adapt to the loss of structure and deadlines characteristic to an MFA program.

For example, the first thing Lucas Mann does when moving into a new residence is set up his writing desk. Which he proceeds to use for all of a week. He prefers libraries. Currently, he lives in Providence, Rhode Island, and walks a couple miles every weekday morning to a library on the other side of the city. He said it feels like going to work. Conversely, Abeer Hoque writes wherever and whenever she can. Much of her life has existed in-transit, so she hasn’t really had that home base that breeds particularity. Similarly, Naomi J. Williams has done most of her writing in the chaos of raising her kids. She said if she can write through that, she can write through anything.

Each panel member answered each question individually, and their answers varied depending upon the person, but there was one thing on which they all agreed: writing is a subjective experience that has no universally successful approach, and we should both listen to and disregard everything they were saying.

The Emerging Writers Festival was co-sponsored by the MFA in Writing program and the undergraduate English Department. 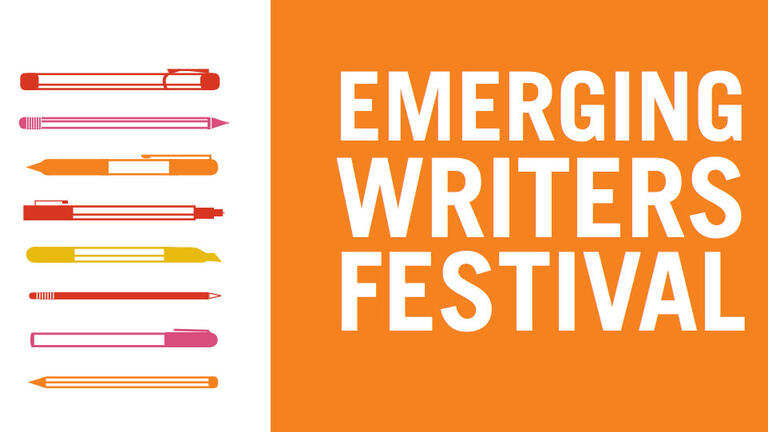