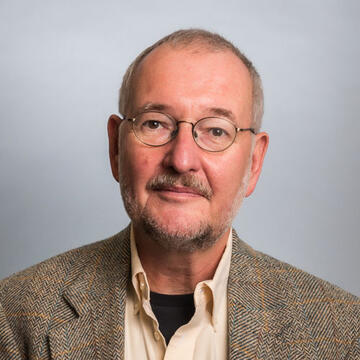 Dr. Stefan Rowniak has been teaching at USF since 2011 after a long career as a Registered Nurse and a Family Nurse Practitioner. He started his nursing career with a BSN from the University of San Francisco in 1985 when the HIV/AIDS epidemic was decimating the local community. Subsequently, he joined the frontlines of the fight against the AIDS epidemic by arranging his senior preceptorship at the newly opened “AIDS Ward” at San Francisco General Hospital. After graduating with his BSN, he worked with AIDS patients at a local San Francisco hospital and was eventually hired for the position of ‘AIDS Liaison Public Health nurse’ for the San Francisco Department of Public Health in 1987 and served vulnerable populations of the local community impacted by AIDS. Since then, he has worked as a nurse in a variety of settings for over 30 years.

Dr. Rowniak received his MSN as a Family Nurse Practitioner from UCSF in 1991, and since 1993 he has been a Nurse Practitioner at San Francisco City Clinic, where he diagnosed and treated STDs, engaged in HIV prevention and care, and provided family planning services for women. In 2011, he received his Ph.D. in Nursing from the University of California, San Francisco.

The primary focus of his work, as a clinician and teacher, is sexual health. His dissertation examined the sexuality of trans men, and much of his current research continues to explore transgender topics with the purpose of providing greater understanding and social acceptance of this population.

At USF, Dr. Rowniak has been teaching Healthcare Policy and Ethics for which, his experience as a member of a local hospital ethics committee is invaluable. He teaches Sexual Health from a Public Health Perspective, a course he designed. He also precepts Nurse Practitioner (NP) students at City Clinic where they learn about microscopy and sexual health in practice.