In the late nineties, San Francisco weathered the first tech boom. While this meant prosperity for certain communities, to others it was a detriment. The boom pushed out residents and businesses across San Francisco, including in the South of Market (SoMa) neighborhood. The South of Market Community Action Network (SOMCAN) nonprofit formed in 2000 to fight against the gentrification and displacement of the Filipino community specifically. Issues of displacement continue with the current, second tech boom, and SOMCAN continues to lead the fight for the preservation of residents.

Born and raised in San Francisco, David Woo ‘17 saw the effects of both booms first hand — and couldn’t stand on the sidelines anymore. He enrolled at USF in the MA in Urban Affairs program (now the MA in Urban & Public Affairs, known as UPA), leading to an internship during his time in the program at SOMCAN, and then direct hire as the Community Development Coordinator.

Let’s start with your work at SOMCAN.
My role as the Community Development Coordinator is to work with community members to continually define SOMCAN’s community planning goals and objectives, and push those goals forward. This includes holding community workshops, advocating for legislation and policy at City Hall, and supporting SOMCAN’s land use campaigns around housing, open space, pedestrian safety, transportation, and employment. Every day is an opportunity to organize with and strengthen community power.

Every day is an opportunity to organize and strengthen community power."

What have you been working on recently?
SOMCAN was very involved with the Central SoMa Plan (an Area Plan recently approved by the City). We worked to bring the neglected voices of immigrants, low-income and working-class residents, families, and seniors to City Hall to demand that the city address the impending gentrification and displacement impacts that come with the plan. Gains were made around securing funding for future cultural districts, implementing a new Community Advisory Committee, and limiting the expansion of tech-style dorms or market-rate Single Room Occupancy hotels. The plan as it was passed, however, remains as a negative force of gentrification and displacement - something that the South of Market will continue to have to deal with as tech skyscrapers begin to pop up.

How did your studies affect your relationship to the city?
It was very humbling because although I was born and raised in San Francisco, there were many parts of the city’s history, activism, and community organizing that I was less aware of. Learning about the planned expansion of freeways across the city in the 1950’s was particularly memorable. The image of the proposed freeway that ran on the front page of the SF Chronicle really helped me visualize San Francisco’s reshaping as the center of American capital and commerce on the West Coast. Private interests were rapidly expanding the downtown at the expense of existing communities – especially the poor, working-class, and communities of color. Seeing the way in which history repeats itself in these instances was really powerful.

What was your experience studying Urban Affairs at USF?
What drew me to USF was the emphasis on social justice, equity, and community focused solutions to urban issues, struggles, and challenges. I appreciate how the program was grounded in policy solutions that come from the ground up and focus on the needs of the most vulnerable residents and community members.

Can you give me an example?
I took a class with Professor Tim Redmond on Urban Policy that contextualized the way in which land use and policy making are oftentimes directed by political forces beholden to private interests rather than the general public. I learned how neighborhoods and communities organize to fight back against this top down approach and advocate for the right of residents to shape the city out of the images of themselves and their own needs, desires, and struggles.

Tell me how your internship with SOMCAN informed your studies.
As an intern, I worked on analyzing and deconstructing the Central SoMa Plan. I helped read through hundreds of pages on the Plan and helped to create language around the plan that was relatable and digestible for community members, allies, and the general public. I helped to educate residents and other organizations on what the plan is and it’s likely detrimental impacts to existing community.

The internship was invaluable in what it taught me about building community power and community organizing. What happens in your community or neighborhood is not inevitable and every person has the power and ability to radically change the situation around them. 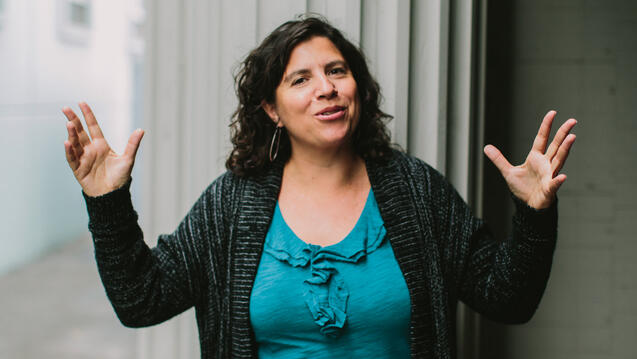 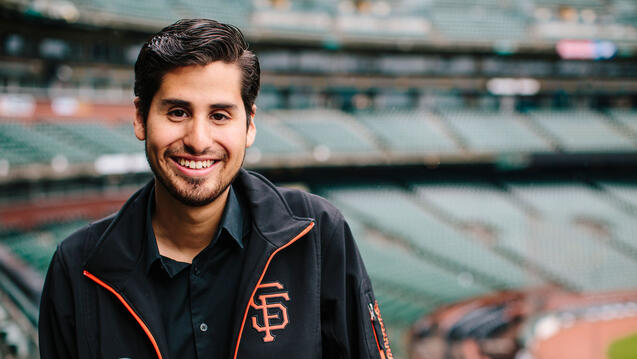 Give What You Get 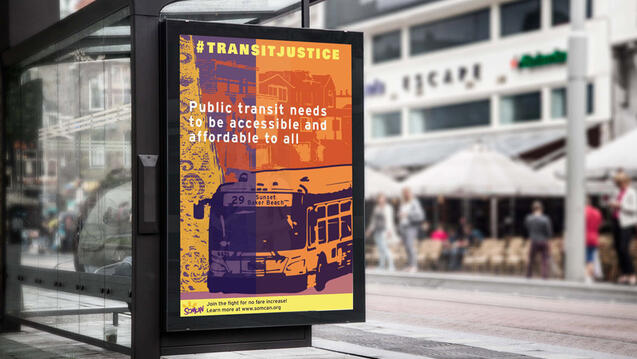