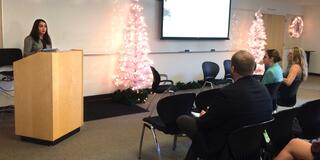 As a part of their applications to graduate with Honors, seniors in the International Studies undergraduate major recently stood before their faculty and peers and presented theses derived from a culmination of the past four years of their experiences in class, study abroad experiences, and internships.

To graduate with Honors in the International Studies major, students must meet four requirements: a GPA of 3.6 within the major, study abroad, demonstrate leadership through an organization on campus or in the community, and write an Honors thesis.

"The thesis is a way for them to synthesize their work in the major over the course of the four years,” Associate Professor and Department Chair, Dana Zartner, said. “It’s a chance for them to engage in a really in-depth, independent research and writing project beyond what they would get in a normal class. And then to have the students each present his or her thesis in a formal manner, as though they were presenting research at a conference, is a good way for them to practice the skills they’ll need for graduate school or the workplace.”

For example, Aysel Angelina Demirbağ, who went to the United Arab Emirates, observed an interesting trend in some of the students there: although they were Arab, raised in an Arab country, they didn’t actually speak Arabic.

“I wanted to research this more and see how this same situation might play out in the U.S.,” Demirbağ said. “Many children of immigrants do not learn their heritage language once their parents emigrate to a new country. For example, some children whose parents are from Mexico do not end up being completely fluent in Spanish because much of their life becomes dominated by English in the U.S.”

The Tribe and The State

An Iraqi born in England and raised in Yemen, Noor T. Al Haidary’s thesis is titled “The Tribe and The State: A Case Study of Yemen,” a subject in which she became interested after coming to the U.S. and having to answer the question, Where are you from? Her answer has always been Iraq, although she has never been there.

“I wondered what the values were that I had that pushed me to answer with my heritage as opposed to where I grew up,” Al Haidary said. “I wanted to see how the tribes and their choice of identity related to mine.”

“Law Implementation: Maximizing the Effectiveness of LGBTQ Anti-Discrimination Law in Bolivia” is the title of Martin E. Juarez’s thesis, and was inspired by his study abroad experiences in that country.

“I worked with a public health organization there that provided a lot access to healthcare for people living with HIV and AIDS,” Juarez said.

In Bolivia, there is a substantial stigma against people living with HIV and AIDS, and this discrimination infects the country’s health system.

Sarah Milligan’s thesis, “Biocentric Development: Establishing a Connection Between Social and Environmental Justice,” spawned from Milligan’s interest in the environment and the backseat it always seems to take in policy creation.

“It’s hard to justify focusing solely on the environment when there are so many other issues going on in the world — that’s how a lot of governments actually view [environmental problems],” Milligan said. “[They] can’t deal with it right now when [they] have poverty and, like, there’s actually a genocide going on and you want us to save the trees? So I always wanted to find this connection between social justice and environmental justice, and be able to say no, it’s actually really important that we approach all of these problems holistically rather than individually.”

Yasmin Bigdeli, the now former president of USF’s Model U.N. and a dual citizen here in the U.S. and in Iran, found an interest in statehood and how new states can be formed.

“When I took "Diplomacy" with Professor Goldman, we read an article about the idea of possibly dividing the state of Iraq. I started reading more about the different independence movements going on there,” Bigdeli said. “I was also looking into how ISIS was starting to control a lot of territory and taking on the role of an actual government, so I wanted to look at that through an International Law perspective.”

This research culminated in Bigdeli’s thesis, “Divide and Prosper: Examining State Division in Iraq through the Lens of International Law.”

“The Honors designation is nice,” Zartner said, “because it’s a universal thing that people recognize, but also because, for us, our Honors has the four components — it’s not just a thesis, it’s not just a GPA, but it’s also that study abroad experience, it’s also the leadership experience working with the community or a group on campus — it gives them a nice little package of skills and experiences that they can highlight for either the job market or graduate school.”

After graduation, Demirbağ and Al Haidary plan to pursue graduate school; Juarez plans to join the Peace Corps; Milligan plans to volunteer with an organization that does conservation in Africa; and Bigdeli has her sights set on law school. 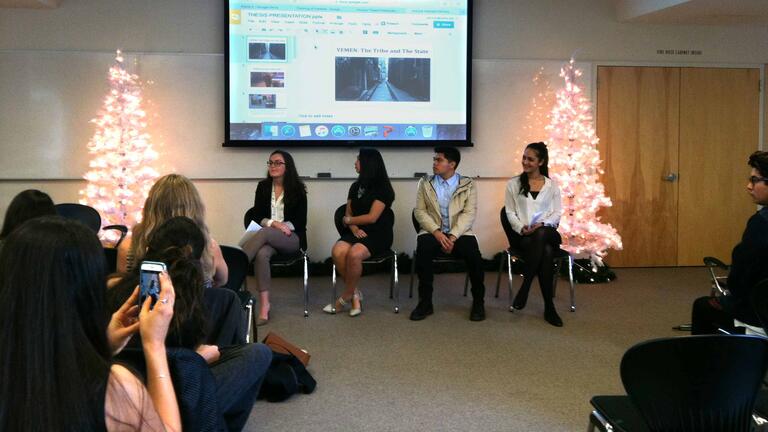 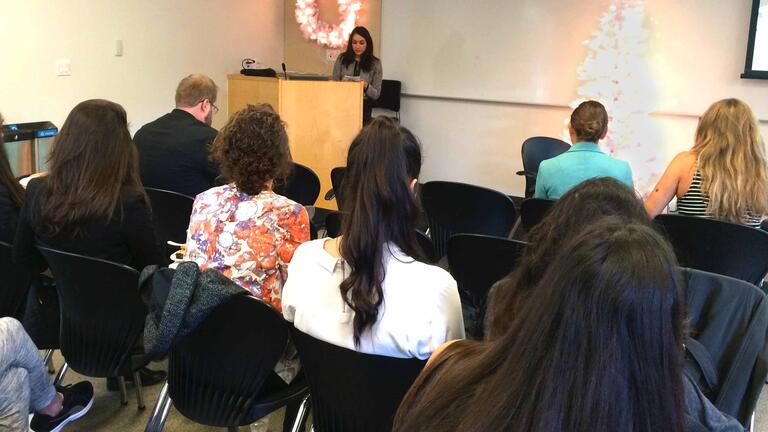 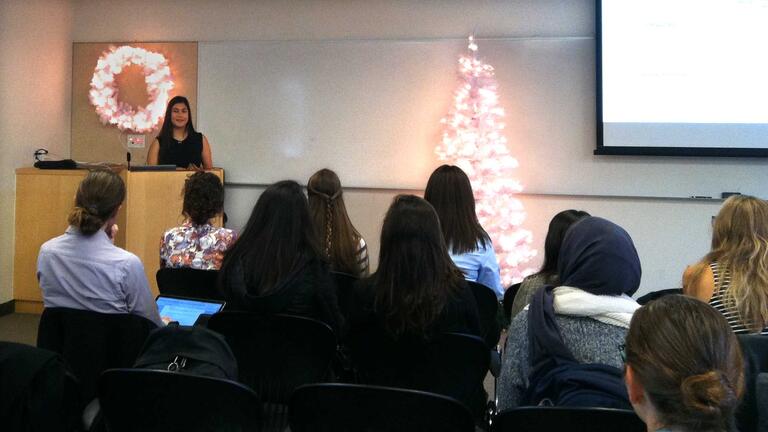 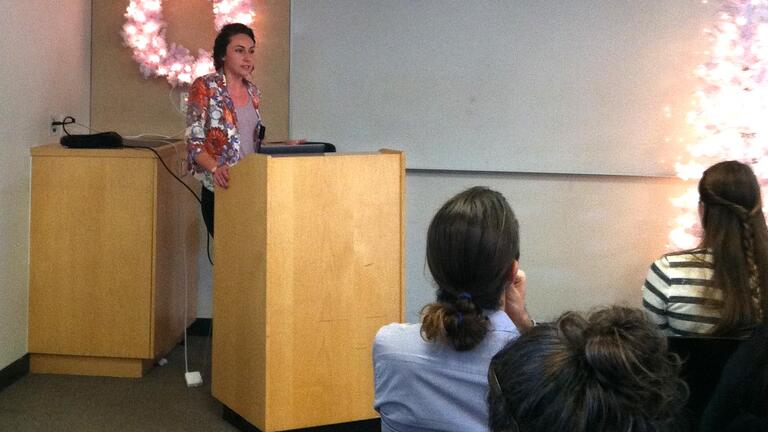 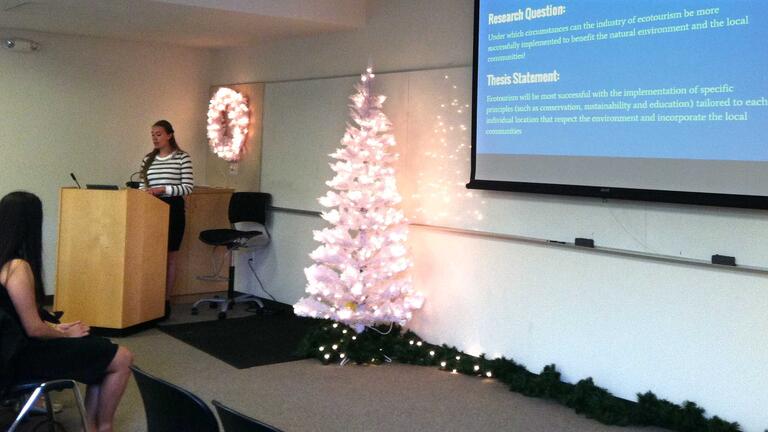 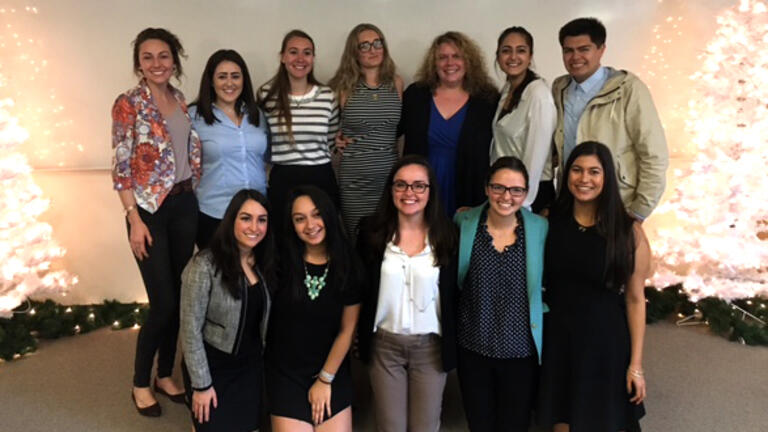