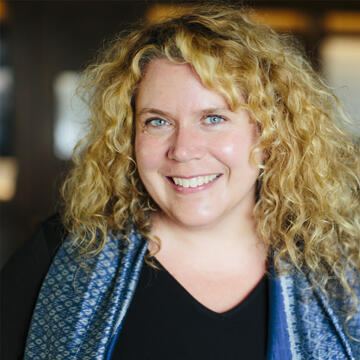 Dana Zartner, JD, PhD is a Full Professor in the International Studies Department and is an Adjunct Professor at the School of Law at the University of San Francisco, where she specializes in international and comparative law, with a focus on the intersection of environmental justice and human rights. Professor Zartner’s first book Courts, Codes, and Custom: Legal Tradition and State Policy Toward International Human Rights and Environmental Law was released by Oxford University Press (2014). Her second book Thrive & Survive: Environmental Advocacy and the Rights of Nature is in the final stages of editing. She has also recently published articles on the rights of nature, using international law as a tool for advocacy, and indigenous efforts to stop extractivist industries on sacred lands in the Vermont Journal of Environmental Law, the Santa Clara Journal of International Law, and The Conversation. In addition to her academic work, Professor Zartner has served as an accredited representative at various UN meetings, including the Committee on Women’s Rights in New York and the Expert Mechanisms on the Rights of Indigenous Peoples in Geneva. She has also done pro bono work with the One Million Tree campaign in Cambodia and in support of the Amah Mutsun Tribal Band's efforts to protect their traditional lands in Santa Clara County.