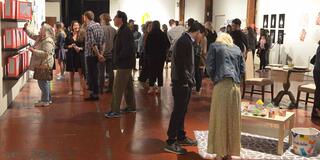 The gallery bustles with visitors who congregate around displays and float away again. There are many to take in — 28 displays taking many forms and employing various mediums: web design, video, publications, package design, installation, sculpture, photography — with themes encompassing climate change, cultural diversity, identity, mental health. Most are hung on walls; some are floor pieces. Some are designed to be observed; many are interactive. All have a message.

On one wall is a shelf with a dozen or so copies of a magazine called Women Up. Splayed behind it is a 3D re-creation of the magazine’s cover, which is overlaid with a collage of square panels containing photographs and blurbs from its inaugural issue. Beside the display stands a smiley Margot Flynn, the magazine’s designer and publisher, her camera slung around her neck.

"This project has been one of the greatest growth experiences of my life,” she says.

Each year, seniors in the Design program at USF take a capstone course to round out their undergraduate degrees. The culmination of this course takes the shape of a thesis, the finished form of which is displayed publicly in an annual exhibit hosted at the SOMArts Cultural Center in San Francisco.

The title of this year’s exhibit: THIS COUNTS.

“What I think is really great about our design program,” says program director Rachel Beth Egenhoefer, “is how we’re able to blend design, social justice, and current trends and issues.”

And the senior capstone thesis is where it all comes together.

For example, the theme for Margot’s thesis was born from her struggle to understand a gulf opening up between different communities of women at a time when they seemed to be coming together.

“After the [2016 presidential] election, I felt a general discontent among women,” Margot’s artist statement reads. “All sides of the political spectrum feeling underrepresented, unheard, and misunderstood. I struggled to understand why women — with their power, strength, compassion, creativity, and joy — couldn’t seem to find common ground.”

As she entered production, she decided that Women Up’s ultimate goal should be to bridge that common ground by cultivating empathy.

There isn’t just one story that can represent us all and do our diversity justice. But by celebrating parts of the female experience we share and, in turn, by finding understanding when we share nothing at all, we can maybe get one step closer to a more inclusive version of femininity."

The students have almost full control over their thesis, Egenhoefer said. They choose the themes and the medium, and they create the content and the design. Egenhoefer guides them both individually and collectively throughout the entire process, challenging them to make their best work. At the time of the exhibit, these students will have spent an entire semester (approximately 18 weeks) on a single project.

“From idea generation to developing their own voice; from putting it together, to prototyping, to presentation — they’ve seen a whole project through, from start to finish,” Egenhoefer says.

For Margot, this meant stories. A lot of stories. She sent out surveys and conducted interviews and took photographs and even maintained an Instagram account (@womenupmagazine). Then, when she had enough, she had to take those raw stories and render them into a magazine format. This meant being an entire editorial, production, and marketing team all in one person.

I really pushed myself to take on a variety of work — journalism, illustration, typography, publication design, photography, social media, installation design, marketing. It all played a role in the Women Up project."

By the time she was ready to publish, Margot had surveyed nearly 100 women and photographed and interviewed 50 more. She had found her stories. They were both extraordinary and everyday, and, in some cases, unexpected.

“I was surprised by women who felt they couldn't talk freely, even with their closest female friends, about topics central to the female experience, like sex, politics, mental health,” Margot says. “Even the women I felt I knew best revealed things about themselves that went deep beneath the surface, and may not have come out without that feeling of empathy.”

Putting It Out There

With research, design, and production all done, it was then time to put it out there for public digestion, to expose it to the public and the public to it, to share the ideas.

Many, if not all of the students, will be walking away from tonight with an impressive (and important) addition to their professional portfolio, which will serve them well in the coming months as they start their careers or continue their studies into graduate programs. 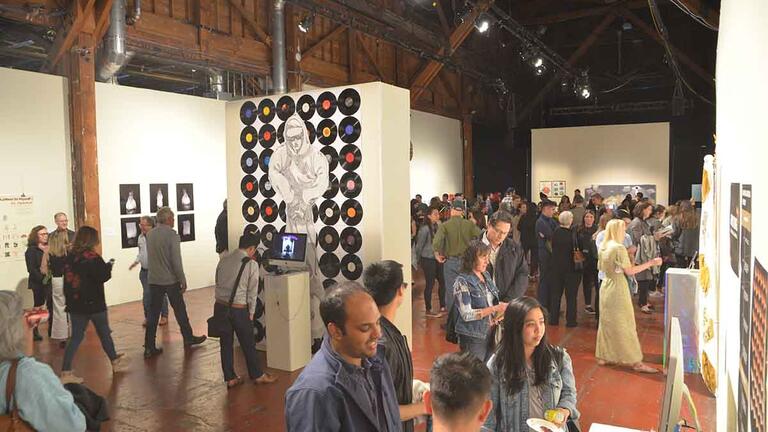 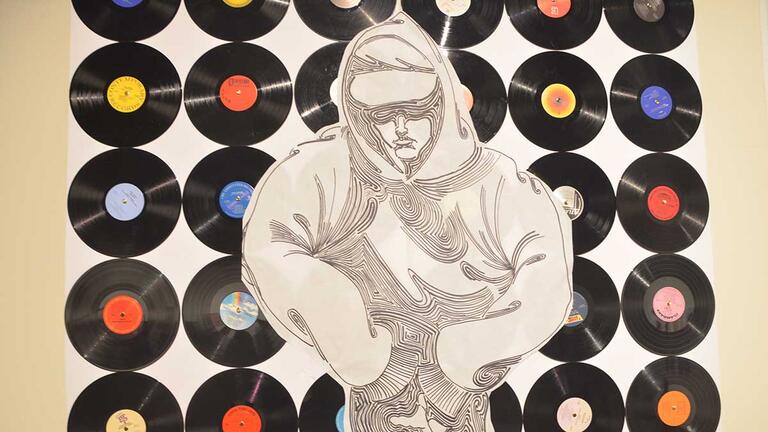 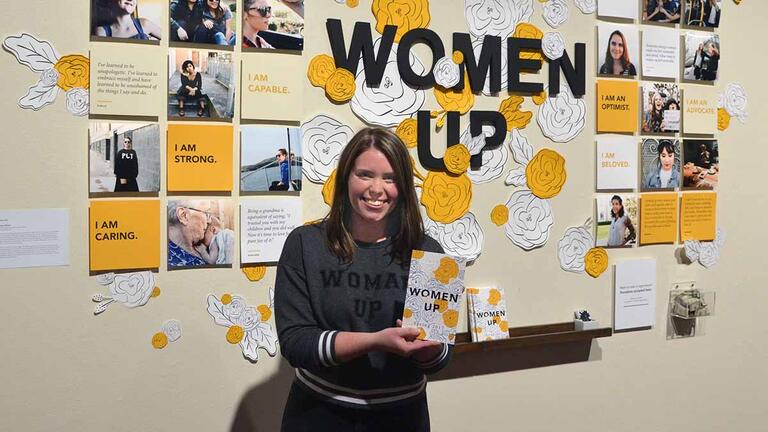