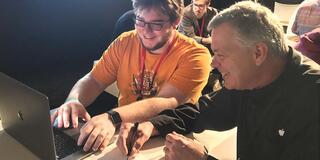 Being selected to join the Worldwide Developers Conference (WWDC) scholarship program for young Apple coders is a bit like finding a golden ticket to the chocolate factory. Which would make USF computer science major, Marko Crnkovic ‘20, a bit like Charlie Bucket.

As a WWDC ‘17 scholar, not only did Marko get a much coveted conference ticket, but it, along with his lodging, was free of charge. This meant access to the people, access to the seminars, the tech — all for free — with the added bonus of the prestige afforded by having his work recognized by Apple themselves.

The best part about Marko’s experience at WWDC ’17, he said, was the access to the people who created the tech he loved.

“I had a few questions about Swift (Apple’s programming language) and I was able to just walk up to someone who had worked on the components I wanted to ask about,” Marko said. “It’s unbelievable how the Apple execs are really chill.”

According to Marko, John Geleynse, the Director of Technology Evangelism and User Experience, regularly visited the scholarship lounge and chatted with the attendees. At one point, he sat down with Marko, just the two of them, and started discussing design and user experience.

Modestly put, the conference was life changing. I walked away with tons of knowledge that I wouldn’t have learned in 10 years. The people I met and the things I learned would have been unachievable anywhere else.

The Tech that Won the Scholarship

Eligible applicants then needed to submit a Swift Playground (a self-contained snippet of code meant for scripting and experimentation within Swift). Scholarships were awarded based on the technical accomplishment and creativity of the applicant’s playground. Which meant that, to win, Marko’s playground had to stand out among an estimated 2,000-5,000 total submissions. No easy task.

So, where to begin?

Indeed, at the heart of the conference is the idea that “technology alone is not enough”; rather, technology must “intersect with the liberal arts and the humanities, to create new ideas and experiences that push society forward.” Keeping this concept in mind, Marko geared his thinking toward something that might bridge the gap between art and technology.

What he came up with was a playground that takes a text file, calculates a value for each word, and, based on that value, chooses a tone, a color, and a time duration, then presents those values in a series of tones and colors.

“It’s kind of like turning a book into both a song and a color show!” Marko said. “But it’s also pretty handy for batch data analysis.”

Here’s a video demonstrating the Playground in action! 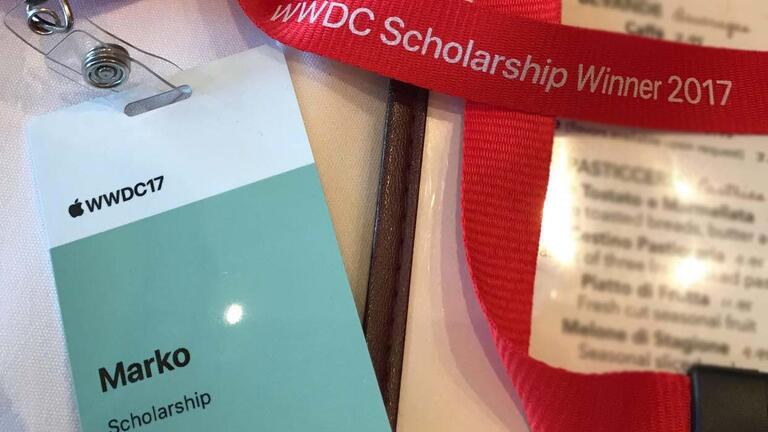