Genevieve Negrón-Gonzales, along with coauthors, will be having her book, Encountering Poverty: Thinking and Acting in an Unequal World, published early next year.

Encountering Poverty challenges mainstream frameworks of global poverty. By focusing on the power and privilege that underpin persistent impoverishment and using tools of critical analysis and pedagogy, Negrón-Gonzales and her coauthors explore the current opportunities for and limits of poverty action. The book invites students, educators, activists, and development professionals to think and act against inequality by foregrounding, rather than sidestepping, the long history of development and the ethical dilemmas of poverty action today.

Encountering Poverty will be available from the University of California Press in the spring of 2016.

In the Fall 2015 issue of the Harvard Educational Review, she, along with coauthors, published “Untangling Plyler’s Legacy,” an assessment of how undocumented immigrant students in the US experience the public educational system. After Plyler v. Doe, hundreds of thousands of undocumented children began education in US K–12 schools; however, while schools hold the potential to engender a sense of belonging and membership for undocumented immigrant students, as a result of, according to Negrón-Gonzales and her coauthors, constrained resources in school districts that serve large concentrations of students of color, school structures that sort and deprioritize students in lower academic tracks, and modes of civic education that do not allow undocumented students to participate equally in society or view themselves as equal members of the citizenry, currently schools often fall short of Plyler’s promise.

In the Spring 2015 issue of Aztlan: A Journal of Chicano Studies, Negrón-Gonzales published “Undocumented Youth Activism as Counter-Spectacle: Civil Disobedience and Testimonio in the Battle around Immigration Reform.” In this article, she examines, using ethnographic data collected from undocumented Latino youth activists in California since 2007, the ways in which their civil disobedience and testimonio act as counter-spectacle and shift conceptions of citizenship in a country entrenched in a debate around who has the right to belong. Undocumented Latino migrant youth have complicated the immigration debate not just through their presence, but also through the development of a vibrant social movement born of their experience. Through this, Negrón-Gonzales argues, they make clear that the country's outdated immigration policy does not reflect the complex reality of immigrants, migration, and the nation.

Also earlier this year, Negrón-Gonzales published an article in the journal Jesuit Higher Education titled “Lift Every Voice: Institutional Climate and the Experiences of Undocumented Students at Jesuit Universities.” The article presented findings collected at the University of San Francisco as a part of a university-wide effort to assess the needs of undocumented students on campus, from which three key themes emerged:

Within the USF School of Education’s Department of Leadership Studies, Professor Negrón-Gonzales is a core faculty member in the Higher Education and Student Affairs Program. She is also affiliated with Center for Latino Studies in the Americas (CELASA) and, within the College of Arts and Sciences, serves on the advisory board of both the Chicano/Latino Studies program and the MA in Migration Studies program. 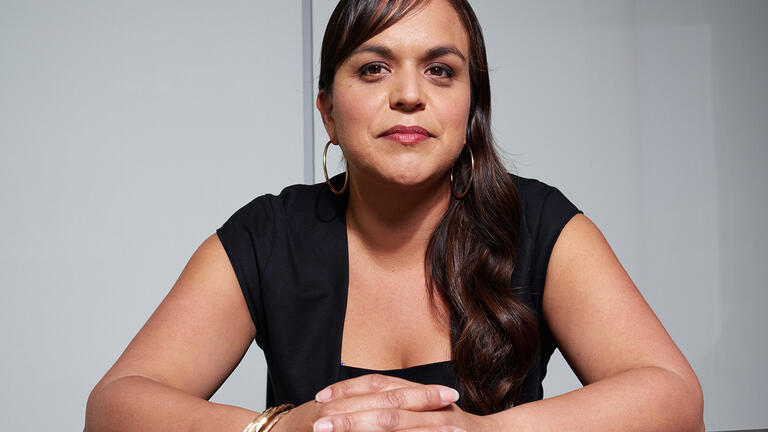