Hume’s Philosophy Provides Resources For How To Ameliorate Social Divisions

David Hume’s moral philosophy supplies the necessary tools to analyze social divisions which permit prosperity for some at the expense of others, and could ultimately, according to Prof. Jacqueline Taylor, result in the dissolution of these divisions.

In an original reconstruction of this philosophy, Taylor's book Reflecting Subjects: Passion, Sympathy and Society in Hume’s Philosophy utilizes Hume’s social theory as a primary guide for both the examination of the passions and of the imagination in relation to societal foundations. Before exploring the way in which human emotional experience is configured within the context of social relations, Taylor’s chapters also delve into Hume’s use of the principle of sympathy as a means to communicate emotion, passion, and cultural values and beliefs.

“We form beliefs about and attitudes towards one another as kinds of persons,” Taylor said. “Hume’s concept of humanity, which is both a moral sentiment that leads us to approve helpful and blame the pernicious character traits, and a virtue that calls for decent treatment of one another, stands as a central achievement of his Enlightenment philosophy.”

Reflecting Subjects was published by the Oxford University Press in March of 2015.

In addition to being a professor in the Philosophy Department and the Honors Program in the Humanities, Taylor is the president of the Hume Society, an international scholarly society promoting academic study on the philosophy and writings of David Hume. She also runs an annual mentoring workshop for early career scholars working in Hume and early modern studies held in conjunction with the annual international Hume Conference. 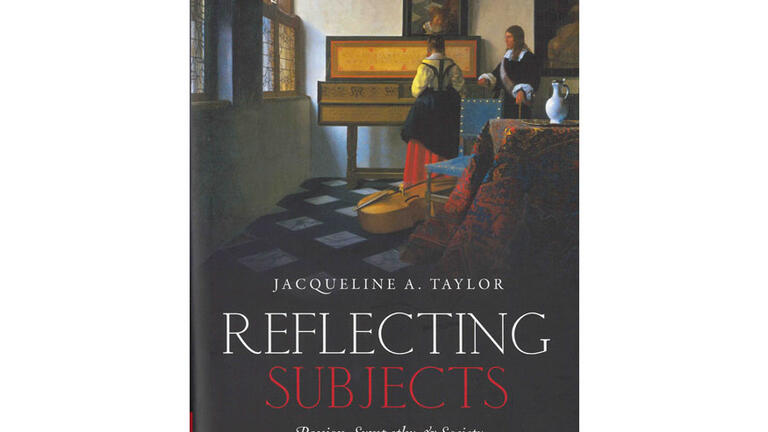