USF achieves carbon neutrality more than 30 years ahead of goal 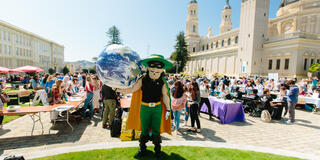 For most companies and schools, carbon neutrality is still a dream. For USF, it’s now a reality. USF has met its goal of zero net carbon emissions 31 years ahead of its 2050 target date. How? With a series of steps, both large and small.

In 2014, after setting the goal of achieving carbon neutrality by 2050, the university made many changes, including switching to green cleaning supplies and installing microturbines that produce heat and electricity right on campus.

Then, in 2016, USF tackled the plastics problem.

Before 2016, USF’s main campus cafeteria, the Market Café, used single-use disposable to-go containers and cutlery. While all that plastic was recyclable, it still left a heavy carbon footprint.

So USF switched to reusable plates, containers, and cups and stainless steel utensils — and saw profound changes. During the 2016-2017 school year, the Market Café produced 25 percent less waste than the year before, and reduced its greenhouse gas emissions by 22 percent. It also cut costs by 53 percent. 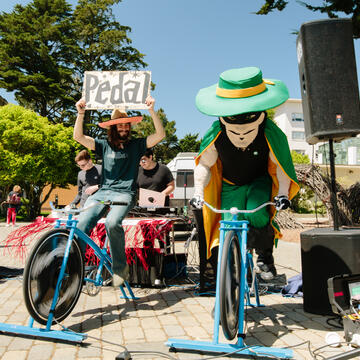 The changes at the Market Café are just one of many ways that USF has worked to reduce its carbon footprint over the past decade.

Boilers, heating systems, windows, and lighting systems have been upgraded, and most of the lights on campus run on motion-controlled systems to reduce energy use. More than two-thirds of waste generated on campus is diverted from landfills through reuse, recycling, and composting.

Because commuting, transportation, and travel account for about half of USF’s carbon emissions — everything from an employee’s daily car commute to the carbon emissions generated from a professor’s air travel for fieldwork — the university encourages public transit for both students and employees, giving undergraduates MUNI passes and offering discounted passes to faculty and staff. Many campus vehicles are electric, and USFers are offered incentives to use bike-sharing programs to get to campus.

Food on campus is largely sourced through local farms, and the university recently acquired an organic farm as part of its efforts to mitigate climate change and work toward fair ecosystems for all.

“Sustainability is an important issue for the USF community of students, alumni, employees, faculty, and neighbors. People want to align their values with the organizations they are connected to,” says Susan Hopp, an adjunct faculty member who teaches courses in sustainability leadership and who helped create the USF sustainability plan in 2016. “Expressing the values of USF through committed actions is really integral to a healthy university — and it also makes good business sense.” 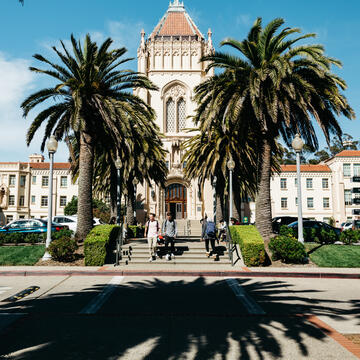 Another major component of achieving carbon neutrality is USF’s purchase of carbon offsets, which financially support projects that reduce emissions. After calculating the total metric tons of carbon that USF produces each year, the university purchases enough offsets to account for carbon emissions that cannot be eliminated by its other actions.

All of the carbon offsets that USF supports are mission-driven, with a focus on environmental justice. Examples might include reforestation projects, capturing methane gas in garbage dumps, or replacing dirty stoves with clean ones in Africa.

The efforts toward carbon neutrality also align with Pope Francis’ call to protect Earth as our common home, as well as the United Nations’ Sustainable Development Goals focused on climate action and affordable and clean energy.

“At USF, we’re committed to our core values of creating, communicating, and applying knowledge to a world ‘shared by all people and held in trust for future generations,’” said Richard Hsu, USF sustainability coordinator.

USF’s achievement of carbon neutrality is all the more impressive in light of the campus population, which has grown by 28 percent since 2005, says Charlie Cross, USF vice president for business and finance, who has overseen these sustainability efforts over the past decade.

“Sustainability is not a destination. We want to get to a point where we are going the other way, regenerating and creating our own energy,” Cross says. “To me, carbon neutrality is a really key thing, and it embodies that USF is living its values.” 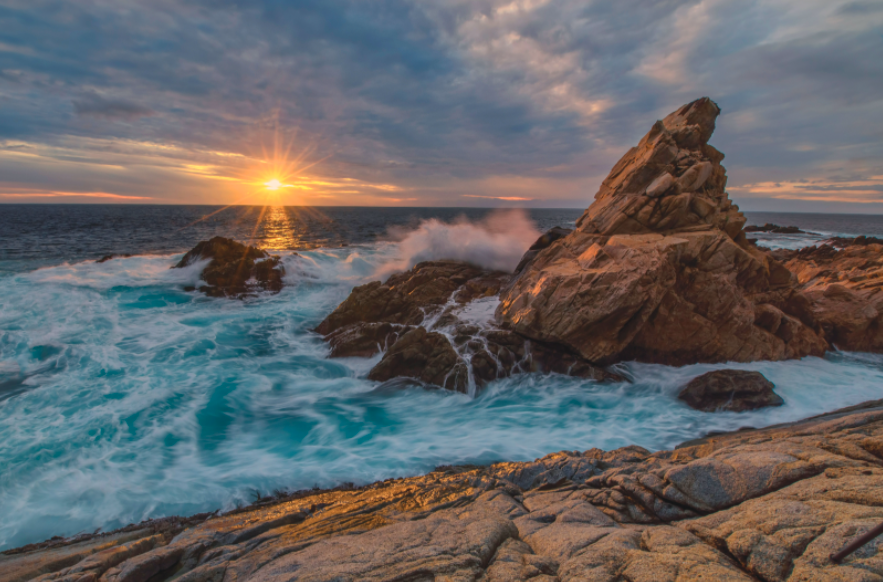