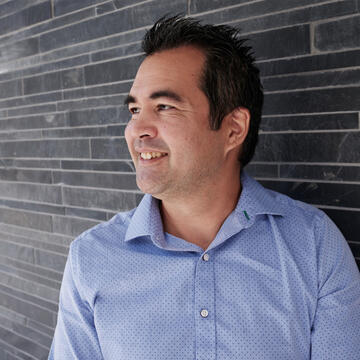 Brian Komei Dempster is a professor of rhetoric and language and a faculty member in Asian Pacific American Studies at the University of San Francisco (USF), where he also serves as Director of Administration for the Master of Arts in Asia Pacific Studies. He has been at USF since 2001 and received the Distinguished Teaching Award (along with Ronald Sundstrom) in 2010.

At the university, he has taught various courses in the Rhetoric and Language Department and has instructed creative writing workshops and Asian Pacific American literature courses for the English Department as well as the Research Methods and Capstone Project graduate seminars for the Master's in Asia Pacific Studies Program. He’s editor of both From Our Side of the Fence: Growing Up in America's Concentration Camps and Making Home from War: Stories of Japanese American Exile and Resettlement. Topaz, his debut book of poetry, received the 15 Bytes Book Award in Poetry. His second poetry collection, Seize, was winner of the Julie Suk Award, recipient of an NCPA Gold Award in Poetry, and Silver Winner of a Human Relations Indie Book Award.