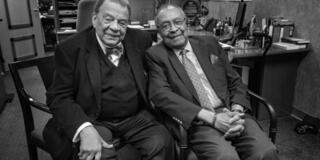 Icons of the civil rights movement Andrew Young and Dr. Clarence B. Jones came together at a Feb. 9 USF discussion to talk about their work with Dr. Martin Luther King Jr. and how it relates to today's civil and social unrest.

More than 200 people joined the discussion, which was held online due to the pandemic. San Francisco Mayor London Breed MPA ’13 introduced Young and Jones, and the event was moderated by Dr. Mary J. Wardell-Ghirarduzzi, vice provost of diversity engagement and community outreach at USF.

Start With a Song

The event started with Young and Jones singing a gospel song, “Woke Up This Morning with My Mind on Freedom,” with Wardell-Ghirarduzzi.

Young, 88, and Jones, 90, recalled how they met during the early 1960s, in a group that was gathering to support King and the civil rights movement.

“I knew of Clarence Jones,” said Young, former United Nations ambassador and mayor of Atlanta. “These people were stars. I was just a preacher who had been in New York for a little while and was trying to find my way. I really did not feel adequate to the task of even working with Martin Luther King.”

Years later, Young was standing beside King when he was assassinated in 1968 on a motel balcony in Memphis. He said King asked him and others to play the gospel song, “Take My Hand, Precious Lord,” minutes before he was shot.

From Regional to National

Jones and Young said the civil rights movement was largely a southern Black effort, but that changed in 1963, when King gave his “I Have a Dream” speech in Washington, D.C. The same year, President John F. Kennedy spoke out against the murder of Medgar Evers, a field secretary for the National Association for the Advancement of Colored People, and called on Americans to examine their consciences with regard to civil rights.

“There was an awakening,” said Young.

Every American could identify with the ‘I Have a Dream’ speech. It made it a national movement, not just a southern movement.”

Jones, who helped write the King speech, said the murder of George Floyd had a similar impact on Americans.

“You had a tidal wave of consciousness,” he said. “It created a national effort.”

USF announced it was awarding Young the inaugural Clarence B. Jones Award for Kingian Nonviolence in recognition of his lifelong dedication to service. Jones co-founded the Institute for Nonviolence and Social Justice at USF and announced his retirement this year. 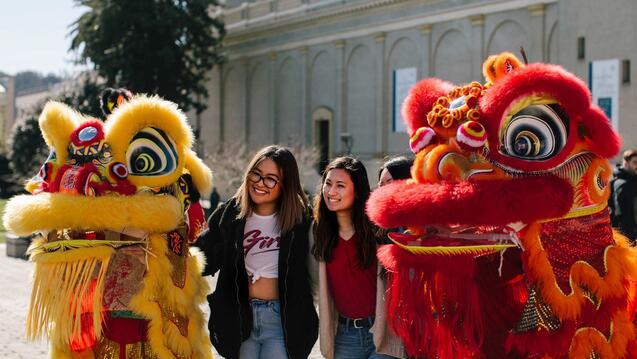