From San Francisco to Hawaii: Convergence of USF Trans-Asia Studies

by Nga Giang and Brittany Tinaliga 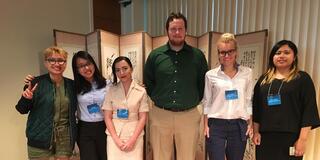 MA in Asia Pacific Studies (MAPS) students Melissa Chen, Autumn Anderson, Karina Salomatina, Lance Ekelund, Nga Giang, and Brittany Tinaliga attended the 28th annual School of Pacific and Asian Studies Graduate Conference at the Center for Korean Studies, University of Hawai'i at Mānoa in Honolulu, Hawai'i. We caught wind about the conference in our first semester in the MAPS program. However, at that time, because we did not have enough academic experience, we had not the slightest inkling that one day we could be invited.

But one evening in February, a month after submitting our paper abstracts, our inboxes pinged with notices of acceptance to present our papers. What a lovely surprise to officially be invited to Hawaii in March! Of course, the trip wouldn’t have happened without the support of MAPS directors, Professor Dempster, Professor Nelson, and program assistant Annmarie Belda, who all helped us immensely with preparations and cost-sharing.

"Bridging the Gaps: Conceptualizing Asia through an Interdisciplinary Lens" was the main theme of the conference which ran from March 22 to the 24th. It provided us with opportunities to not only listen to exciting research but to mingle with other academics in our fields of interest. The conference topics were not limited to mainly China, Japan, Korea and Southeast Asian studies but emphasized the concept of “Trans-Asia” as a technique of research for studying the rich cultural regions of Asia using cross-border lenses.

Here are the titles of our presentations (in order of conference appearance):

Autumn Anderson - “The Making of a Modern Monarchy: The Kim Dynasty”

The conference granted us a myriad of experiences. We learned a lot from the presentations of graduate students from schools from as far away as Ohio University to Seoul National University. Additionally, topics covered diverse subjects such as theater and performance and gender in Asia. One highly interesting presentation spoke about the Myanmar-China border in regards to the stone market. People traverse these markets to look for raw, semi-precious stones that they believe will bring good luck. There was also a presenter who loves the Russian language. He conducted research about medicine on the border of China-Russia in the 19th century. While the conference was comprised of Chinese, Japanese, Korean, Philippines, and Vietnamese perspectives, this “Russian perspective” was also right at home and well-integrated thematically.

Our group of MAPS students had a wonderful conference trip that was invaluable to us as Asia Pacific scholars. The location couldn’t have been better! We want to extend our congratulations to Brittany as she was awarded "the best paper” in the Korea category with her paper surrounding the appeal of Korean historical dramas among American viewers. Her award was not only a great achievement for herself but also for our group; it served as a good reminder of what your research can accomplish through the MAPS program! 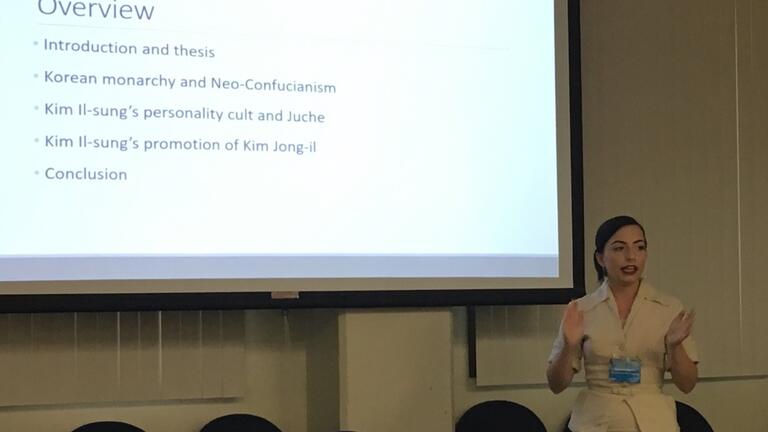 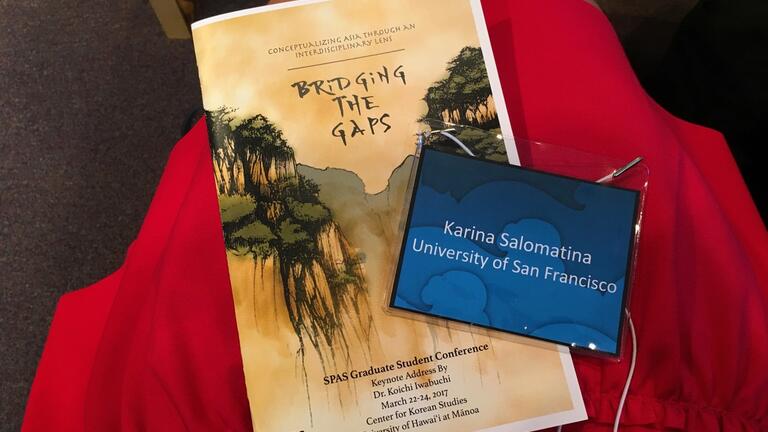 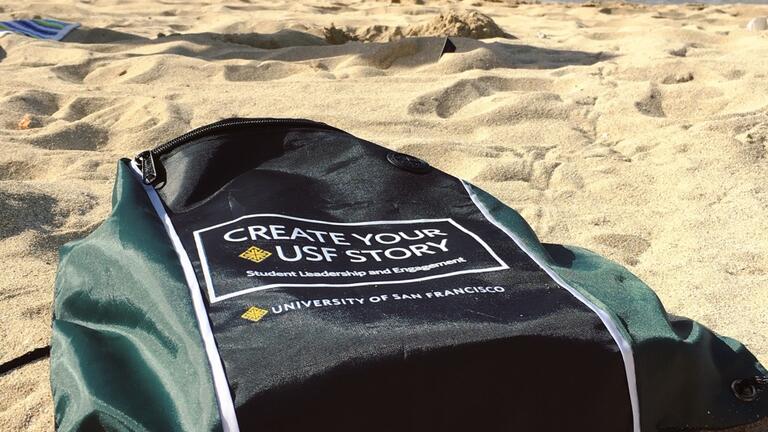 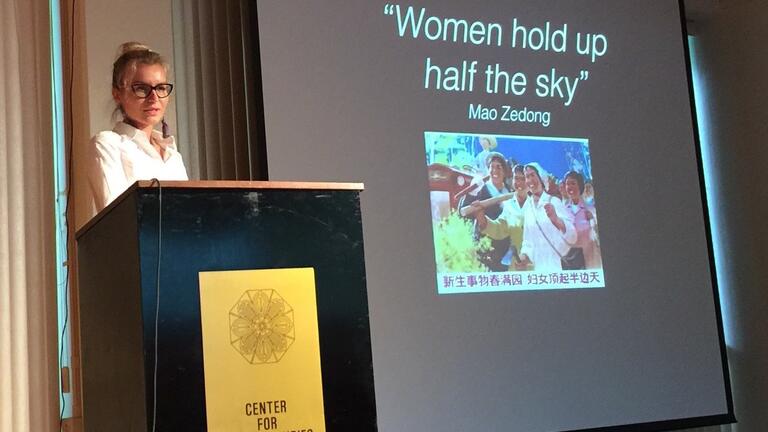 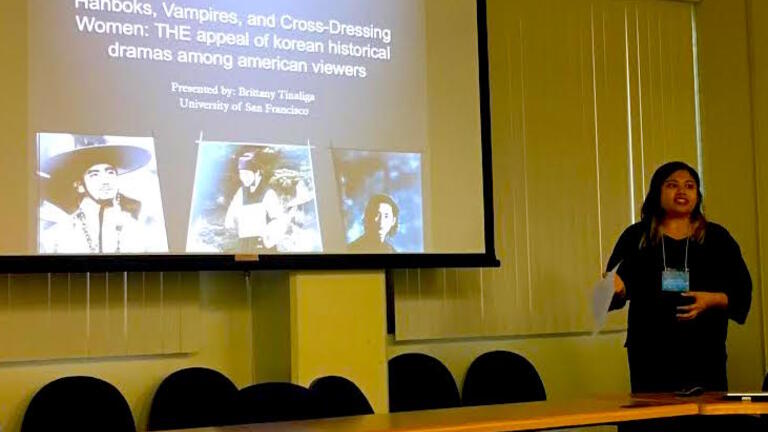 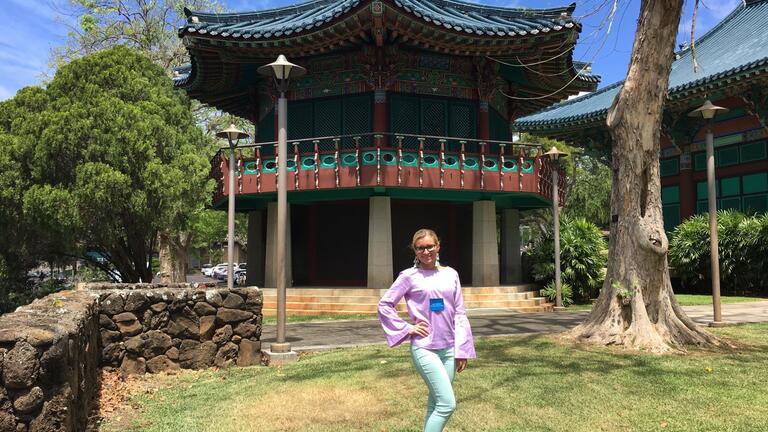 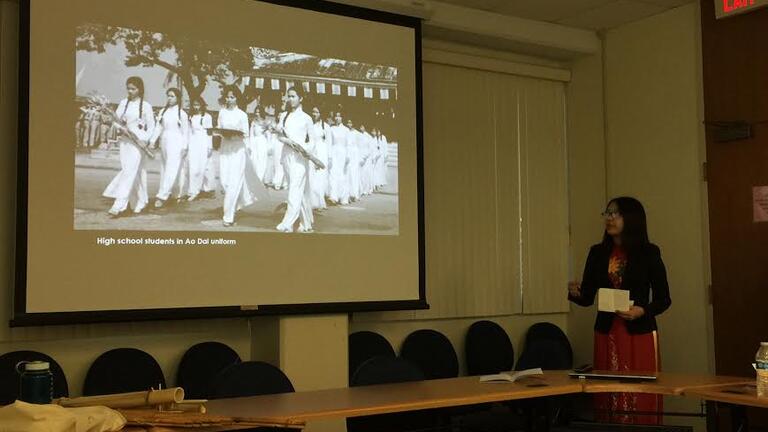 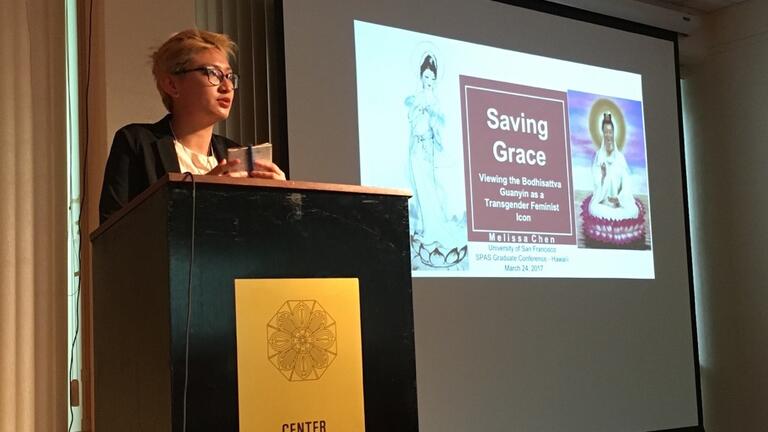 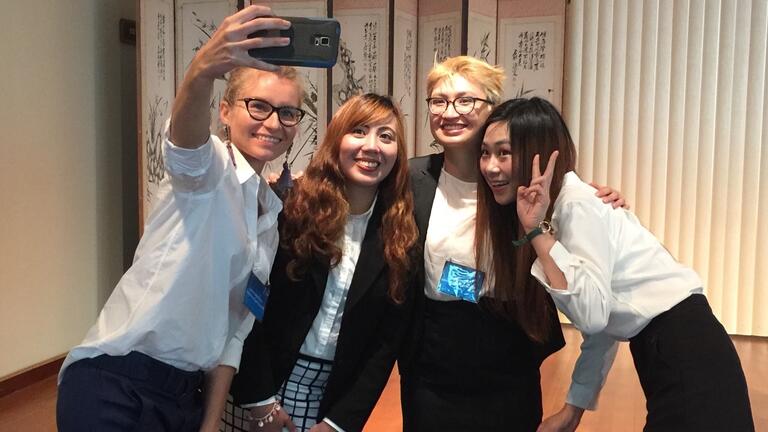