Enhancing the Museum Experience With Tech

Since earning her MA in Museum Studies, Alexa Beaman ’14 has found success developing apps with Guidekick, a startup company specializing in mobile platforms for museums.

When she joined the company last year, it was in the first phase of planning the official de Young Museum app, a mobile tour guide designed to enhance visitors’ experiences. With the strong museum background she gained at USF, Beaman was the perfect person to assist with content creation and the visitor-experience side of product development.

How studying museums can launch a tech career

Deeply invested in the Bay Area’s museum and gallery scene, Beaman chose to pursue an MA in Museum Studies to leverage her passion for both museums and lifelong learning. It might seem surprising that she found a path from studying museums to working in tech, but as Professor Paula Birnbaum says, “Technology is a big part of all aspects of the museum world now.”

The intersection of technology and museums is fortuitous for students studying the latter, considering that the tech industry is booming right now, particularly in the Bay Area. Embracing this intersection, USF’s Museum Studies program offers courses like “Museums and Technology” that focus on the integration of mobile into the museum experience, providing students like Beaman with a competitive skillset to prepare them for successful careers post-graduation.

It was through these types of courses that Beaman said she first cultivated an interest in the use of technology in the museum space.

During my degree I was able to learn about museum technology and immerse myself in this sector of the field through my electives and internships.

She specifically became interested in how technology can help bridge the gap between museums and their audiences — both by facilitating visitors’ onsite experiences, and by helping museums expand their reach beyond the confines of their walls.

“The underlying mission of all museums is one that promotes education and accessibility to all, and I realized that technology could be a big part of that,” she said.

For her graduate capstone project, she planned, wrote, and implemented an evaluation of an app for the de Young’s sculpture garden with a local tech company. Because of her thorough research, she had the opportunity to publish and present her results in Chicago during the 2015 conference for Museums and the Web — an annual event that showcases the latest research and application of digital practices in the museum world.

From her technology classes to her capstone project, Beaman said the opportunities she had in the Museum Studies program allowed her to hone and develop new skillsets that wouldn’t have been available elsewhere.

The academic, personal, and professional development offered at USF was indispensable. It was the driving force behind my preparedness for my position at Guidekick.

How tech enhances the museum experience

After Guidekick hired Beaman, she immediately began collaborating with the team on the de Young Museum app. She said one of their goals was to find ways the app could enhance the museum experience without distracting from it.

"We’ve designed the experience around the idea that we don’t want visitors staring down at their device when they’re at the museum, they should be interacting with what’s in front of them — the art!"

Visitors using the app can leave their phones in their pockets while they tour the museum. As they approach renowned works of art, they’ll receive a notification indicating that an audio story about the art is available. They can hear these stories simply by holding their phone to their ear, just like they’re taking a call. Ideally, the app’s notification system and automatic audio allow users to remain focused on the art rather than their phones.

Perhaps most compelling, users can learn about the de Young’s art collection directly from its curators. During the app’s development, Beaman interviewed these curators in front of the artwork so they could interact with it directly — a technique she became familiar with during the Museum Studies program when she worked on the app for the de Young’s sculpture garden.

“We wanted the audio to appeal to a younger audience and feature stories visitors couldn’t hear anywhere else. So we thought ‘What better way to get those stories but straight from the people who had spent their lives studying these fascinating subjects?’” she said.

The end result is engaging and personable content that feels like you’re visiting the museum with a knowledgeable friend, but they happen to be a world-renowned curator.

In addition to providing unique stories about the artwork, the app helps museumgoers find exactly what they’re looking for. While the de Young can be confusing to navigate, the app solves this problem by tracking users’ positions on their screens through its 3D mapping and indoor positioning technology.

“Because the app tracks your position on your screen, it’s simple to find your way to the artworks or galleries you’re interested in, or the museum’s amenities like the café, store, or restrooms,” Beaman said.

After the app’s launch in October 2015, it quickly proved to be popular. In its first two months, 10,700 users downloaded it, according to Guidekick’s analytics. Eighty-one percent of those users returned for subsequent sessions.

Because of the app’s success, Beaman once again had the opportunity to co-author a paper for the annual Museums and the Web conference in Los Angeles in April 2016. This time, she got to collaborate with the de Young’s chief information officer, Gary Castro.

What’s in store for the future

Currently, Beaman and her team at Guidekick are exploring and developing apps for “wearables.” They found success on their first attempt, launching the de Young Museum app on Apple Watch. They’re also working on developing apps for a number of top museums and attractions throughout the country.

“We’re incredibly excited to be working with such prominent institutions and can’t wait to announce them in the coming months,” Beaman said.

In addition to the de Young Museum app, Guidekick has developed apps for other top attractions in the Bay including Alcatraz, Golden Gate Bridge, and the Sutro Baths. One of its most successful apps to date is its guide for Hearst Castle. Beaman is excited to contribute to this kind of cutting-edge technology, and grateful to USF for equipping her with the skillset to do so.

“This is a really exciting time for museums in terms of technological advancement, especially in the Bay Area where we’re surrounded by it,” she said. “When technology is integrated into the museum experience, the end result can be an engaging, world-class experience. I truly believe we’ve created that experience, and it’ll only get better from here.”

Learn more about our MA in Museum Studies » 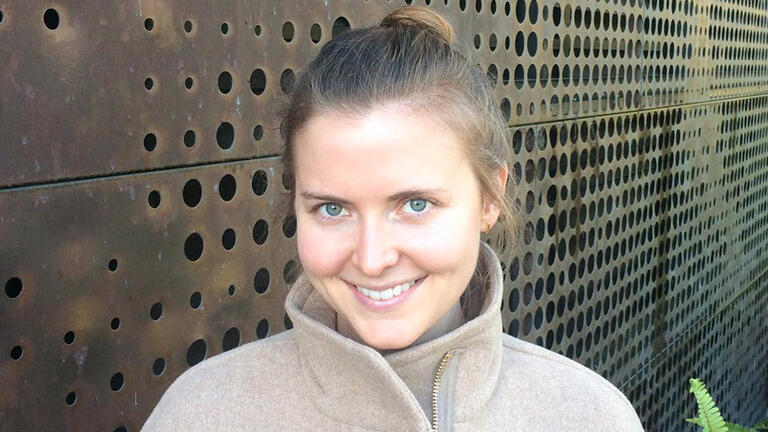 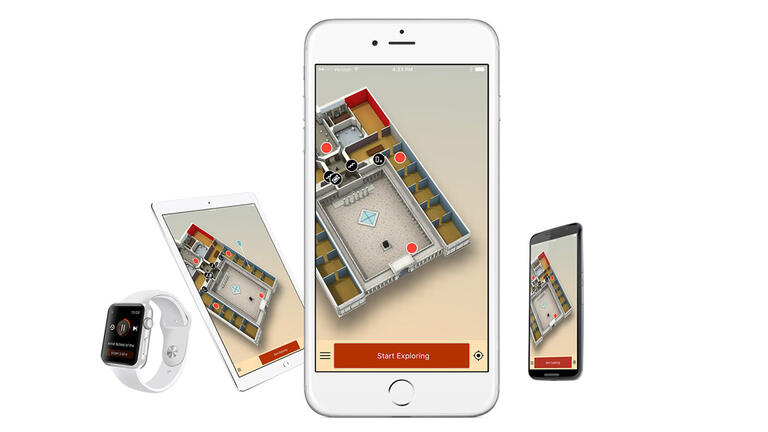