Craig Santos Perez MFA ’06 is a 2015 winner of the American Book Award for his poetry collection from unincorporated territory [guma’], about his home island of Guam.

Perez accepted the award Oct. 25 in San Francisco. He’s one of 14 recipients this year, along with rock guitarist Carlos Santana and bestselling nonfiction author and journalist Naomi Klein.

“I’m excited and honored to win this award,” Perez says. “The publicity generated by this is nice because it gives me a larger platform for some of the political issues I write about, including the militarization and colonization of my home island.

Perez, an English professor at the University of Hawaii at Manoa, credits much of his literary success to his training at USF. “The format of the program and the amazing teachers pushed my writing to deeper levels,” he says.

His professors, he says, encouraged him to explore cultural, political, and historical issues — now major hallmarks of his work. In from unincorporated territory [guma’], Perez examines tension in Guam — a small American territory in the Pacific — surrounding native culture and American influence.

Guam was also the subject of his first book of poetry from unincorporated territory [hacha], which was adapted from his master’s thesis at USF and published in 2008.

“My goal when I entered graduate school was to create a publishable manuscript,” he says. “The program helped me do that.”

“The MFA program encourages students to complete book-length manuscripts in fiction, nonfiction, or poetry. Along the way, we provide them with information about publishing possibilities in order to help them get their writing into the world,” says Bich Nguyen, academic director of USF’s MFA program. “Good writing takes a lot of hard work, focus, revision, and discipline.”

For Perez, one highlight of the program was its multi-faceted commitment to diversity.

“It's important to read the literature of different peoples, cultures, and historical periods so you develop empathy and understanding,” he says. “This diversity was reflected in the faculty and curriculum at USF.”

Perez now draws on his USF experience to inform his own teaching style.

“There’s a stereotype of the creative writing classroom as a place where the professor speaks most of the time — or where the professor’s goal is to make you write like them,” he says. “That’s not the way it was at USF. The teachers really helped us develop our voice and our style, and gave us the tools we need to do that.” 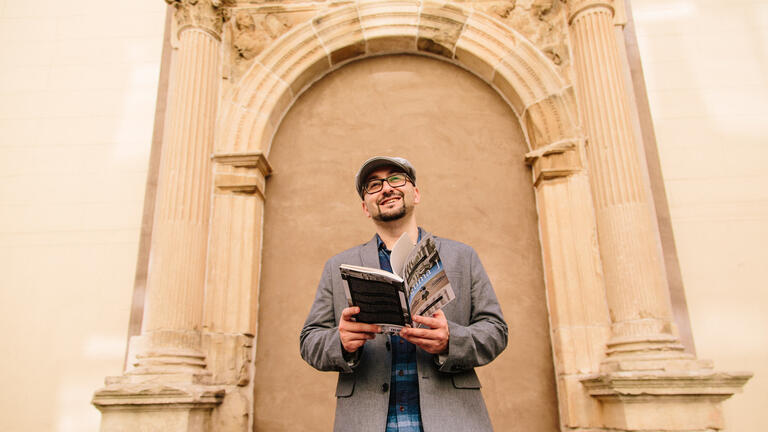