“There is Always Opportunity for Change” 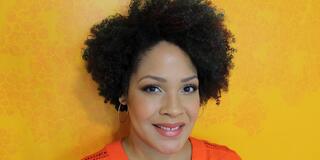 Ijeoma Oluo, who wrote the book So You Want to Talk About Race, joined the USF community Sept. 7 to urge students to take part in the fight against white supremacy.

“Find your personal power and combine it with your peers’ to create real change,” she said. “There is always opportunity for change.”

Oluo’s book was sent to all first-year students this year as part of a “One Community, One Book” project at the university. Many staff and faculty members also read the book and joined students in discussions about it.

Schools are at the center of the fight against racism, Oluo said. Discussions about race in the classroom are facing bans in states across the country, including Tennessee, Idaho, and Louisiana.

There are several ways students can effect change against racism, she said. Talk with your peers. Consider the textbooks you buy and whether they include a limited perspective on race. Put thought into the classes you sign up for. Participate in discussions about campus safety.

“The truth is, there is no better place suited to making this change than at our college campuses,” Oluo said.

More than 350 undergraduate and graduate students, faculty, and staff joined the Zoom discussion with Oluo. She said her book came from a place of frustration.

“I realized we couldn’t make any real progress if we weren’t going to be willing to talk about race,” Oluo said.

This is the first time in more than a decade that USF has had a “One Community, One Book” project. It is part of an initiative at USF, called “6+You,” that is funded by a Jesuit Foundation grant.