As the U.S. Congress grapples with how to reform America’s health care system, Bruce Wydick, professor of economics at USF, argues that relying on the free market isn’t a fix.

Health care in America has never been a free market, never should, and never will, according to Wydick.

Sure, markets work well for selling goods like computers or food but studies by several Nobel Prize winning economists show that a lack of transparency and information sharing between consumers, doctors, and insurers, distort the health care system. So much that virtually no economist recommends anything close to a free market for health care, Wydick said.

“Economists have demonstrated that this problem not only affects health care, but also financial markets – another sore spot for our economy,” Wydick said.

At the root of the health care problem is “adverse selection,” Wydick contends. People with greater health care needs willingly pay higher premiums, thereby driving the cost of health care higher and healthier consumers out of the market.

To counteract this, insurers do all they can to screen for riskier patients and prevent them from receiving coverage.

“Notice that in a normal market, firms try to attract customers with high demand for their service,” Wydick said. “But, the perverse incentives of the health care insurance market cause firms to try to screen out those who need their product the most.”

Another factor affecting health care, according to Wydick, is that well-functioning and efficient markets begin to break down when there are spillover effects as a result of consumer decisions, such as someone spreading a contagious disease or other people picking up the tab because they can’t afford medical care.

“Like it or not, everyone has an interest in everyone else having health insurance,” Wydick said.

Instead of endorsing the current system – in which a few large insurers dominate and lobby government to pass favorable regulatory laws that perpetuate their profitability – Americans should steadfastly rebuff the notion that a free-market system will work of a free market for health care.

Instead, he points to evidence of greater consumer satisfaction with government supported health care. A published study in Health Affairs journal, for example, found that elderly beneficiaries of Medicare (a U.S. government program) were nearly three times more likely to view their health insurance as “excellent,” compared to those with private insurance, Wydick said.

“Believe it or not, the empirical evidence on this issue comes down on the side of greater consumer satisfaction with government provision of health care,” Wydick said.

Editor's note: This article was adapted from a recent Op-Ed published by Professor Bruce Wydick in the San Jose Mercury News. 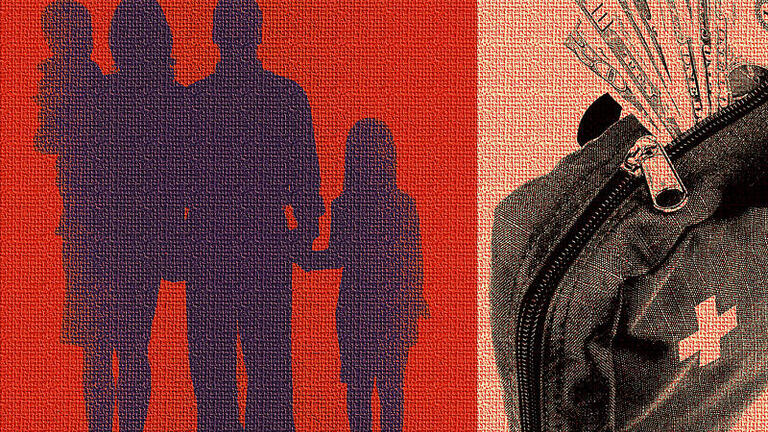