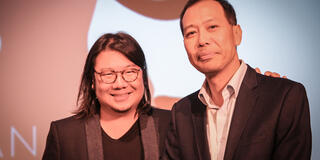 The USF Center for Asia Pacific Studies welcomed Kevin Kwan, author of the famed Crazy Rich Asians trilogy to campus on October 4, 2017. Kwan’s unique viewpoint on the lives of Asian elites has made his witty novels bestsellers in the US and the Asia-Pacific.

The Center was excited to bring Kwan, himself a Singaporean-American, to campus to engage with the USF community and San Francisco Bay Area public to promote greater understanding of the contemporary Asia Pacific and the voices of Asian writers. Kwan delighted the audience at Presentation Theater with some of the stories that inspired his novels, tales of the forthcoming Crazy Rich Asians movie, and his comments on Asians in global culture today.

As Kwan told the audience, “Almost all of the stories in my novels are either inspired by events I personally witnessed, stories I was told, or gossip I overheard.” With a clear talent for humor, Kwan drew laughter from the audience as he recounted the banal conversations of moneyed customers he had overheard that morning at a cafe in Pacific Heights, joking that he had found the inspiration for his next novel, “Pacific Heights Problems.”

Many in the audience were eager to hear news of the upcoming film adaptation of Crazy Rich Asians. As Kwan announced that his film will be the first romantic comedy ever from a major Hollywood studio to feature an Asian hero and heroine and the first Hollywood studio film in over 26 years to feature an all-Asian cast, the audience erupted in applause. Kwan and his new actor “family” are breaking stereotypes, building bridges, and creating a renewed sense of community.

The unimaginable wealth that has been a byproduct of Asia’s rapid economic development over the last forty years provides Kwan with an abundance of material to write about. Over the last ten years China has produced 594 billionaires, and one in five individuals in Singapore is a millionaire. This transformation is what inspired Kwan to “tell the intimate stories of the families affected by this massive change [and] what happens in the everyday lives of these individuals.”

Chronicling the lives of Asia’s rich and famous in his novels, Kwan invites his readers into their homes and gatherings. With characters spanning the generations, Kwan reveals how experiences of the older generation—many of whom lived through the World War II occupation of their homeland, violence, and chronic food shortages—continue to influence their views of money today. Kwan’s novels aim to “capture these paradoxes that come with great wealth: the outrageous spending mixed with absurd pennypinching, the horrors of the recent past colliding with the almost dreamlike present of a booming and prosperous Asia.”

Kwan observed that the most significant challenge facing Asian families today is bridging an ever widening generational gap. This is due in part to many being educated abroad and exposed to different values while trying to reconcile their position between two cultures. Kwan noted, “There is a clash between traditional values and modern life, there’s the clash between Confucian Chinese ideals and western individualism, as parents try to reconcile the differences in their way of thinking with that of their children and their grandchildren.”

Kwan closed with an overarching message: “I feel that Asians around the world are discovering a newfound voice, they’re speaking up, they’re showing up, and I think there is no more important time than now for this to be happening. When so many in the world these days seek to divide, if we want to see more representation in our media, if we want more equality in every facet of our lives, not just in America but around the world, we have to demand more, we have to speak up, and speak loud.” Students thanked Kwan during the Q&A session for his work changing perceptions and providing more positive representations of Asians in contemporary literature and film.

The event was sponsored in part thanks to the generous support of the College of Arts and Sciences, Dean’s Lecture Series. The USF MA in Asia Pacific Studies program also contributed funding. Thanks to the Center for Asia Pacific Studies’ Student Events Committee for proposing Kevin Kwan as a speaker and for their help in marketing the event. 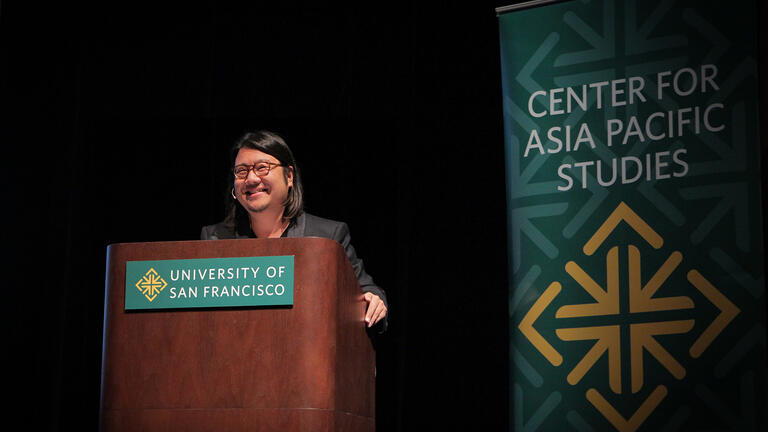 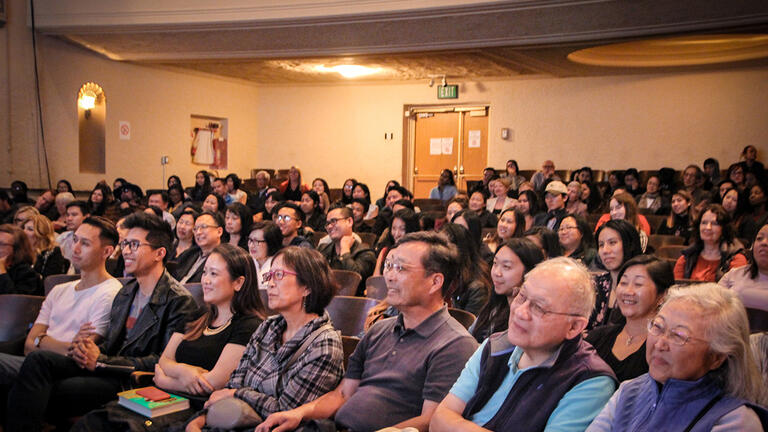 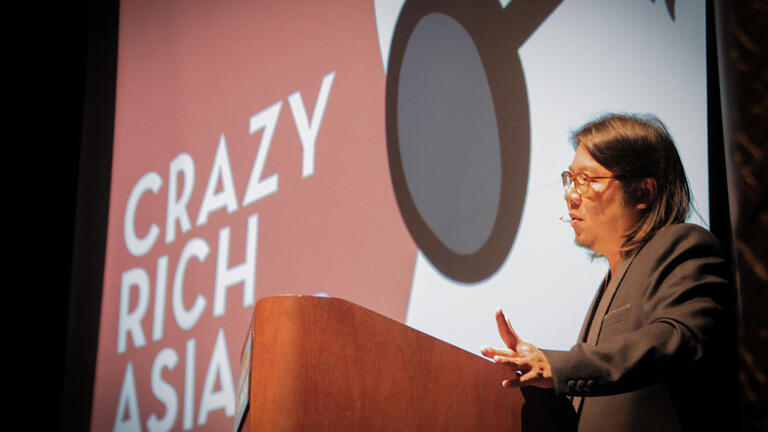 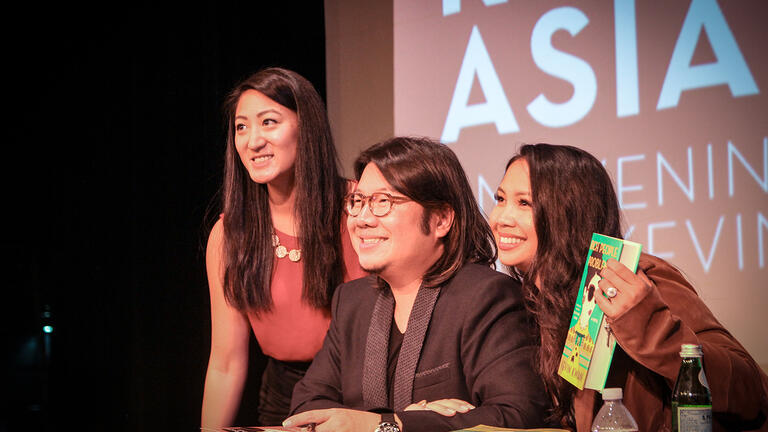