Mitchell Abad, MA ’14, has had the opportunity to combine his passion for sports, technology, and community development while working for Facebook.

Abad was quick to explain, “I would not be here without the Sport Management program.”

He most clearly remembers the Sport Management program’s first course, Leadership and Critical Thinking, where Prof. Richard Cellini stressed the value of reaching into a network. Abad listened by reaching into the Sport Management program’s alumni network and contacting Nick Marquez, ’12, who is currently the Strategic Partnerships Manager of College Athletics at Facebook. Abad formed a connection with Marquez that helped him land his current job.

During his two years in the program at the University of San Francisco, Abad gained valuable experience as a tech recruiter and Content Review Coordinator at Google. He always knew that he wanted to work in sports; previously, he spent time with the San Francisco Giants Community Fund and served on the community relations staff for the Oakland Raiders. But it was not until his interview with Marquez that he realized the potential impact tech could have on sports. Marquez worked for Sport Stream, a social sports platform that provided information about every game in real time, which was later acquired by Facebook.

Now, Abad manages a large contractor team that deals with content review across multiple teams at Facebook, including Instagram, Oculus, Newsfeed, and Media Ops. His past and current roles have allowed him to combine his knowledge of sports, politics, and pop culture in the tech industry.

As a Bay Area native and sports fan, Abad is very happy with where he is at in his career. He hopes to be part of the future of technology advancements in sports. He left this advice for current students at USF:

Take advantage of the resources, work hard, and never settle. Alumni are always looking to return the favor.

Abad added that his team at Facebook has hired five recent graduates of the Sport Management program. Cellini speaks a lot about the student’s journey, but Abad says he is only 1 percent finished. His future and the future of technology in sports look promising. 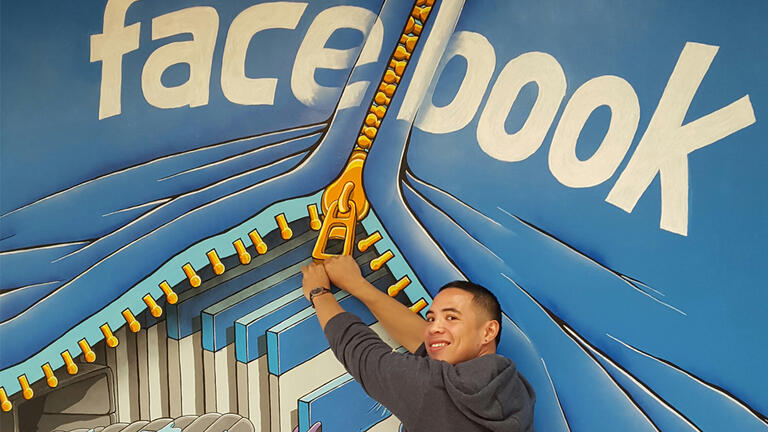