Since graduating from the Physics and Astronomy program with honors, Jordan Palamos ’12 participated in the landmark scientific discovery of gravitational waves.

On Sept. 14, 2015, the Virgo Collaboration and the LIGO Scientific Collaboration — a group with which Palamos works alongside more than 1,000 other scientists from universities in the United States and 14 other countries — detected gravitational waves for the first time in history.

While scientists have long been confident that gravitational waves exist, the discovery confirms Albert Einstein’s 1915 general theory of relativity and shows that binary black holes can form and merge, something that scientists had previously only predicted, not observed.

After graduating with a bachelor’s degree in Physics and a minor in Astrophysics, Palamos continued to work at USF as an instrument technician in the Department of Physics and Astronomy. In 2013, he left to pursue a PhD in Physics at the University of Oregon, where he works with the LIGO Scientific Collaboration. His primary role is to understand environmental noise coupling to the LIGO detector in order to mitigate it and validate gravitational wave triggers as being astrophysical in origin.

The discovery paper, of which Palamos is a co-author, was published in the journal Physical Review Letters on Feb. 11, 2016. 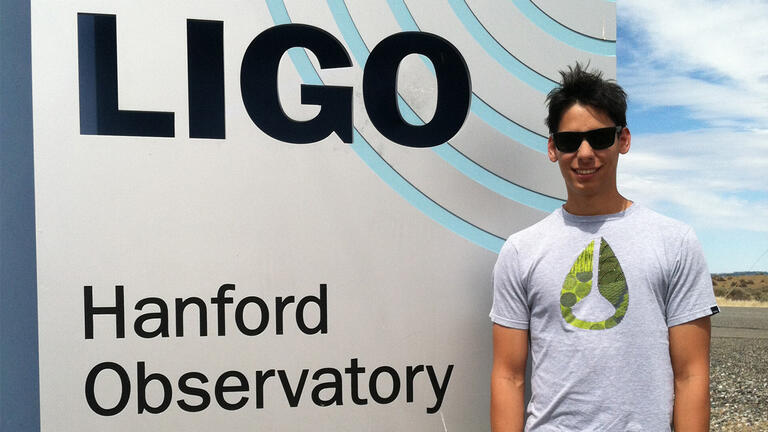