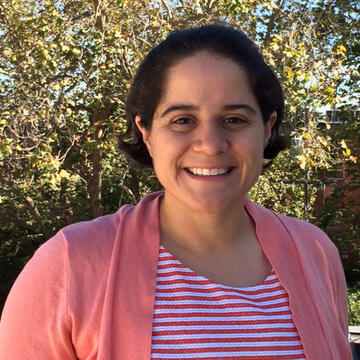 Born in Southern California and raised in Central America, Arce's interests include immigration and the family in the United States, religious expressions among new immigrants, and the interactions of religion and gender in Latina/o cultures. She is also interested in the role of media; specifically film, on culture and society, both among immigrant communities and the broader U.S. society. Arce is preparing a dissertation in GTU's Interdisciplinary Studies program, where she will work with Sociology of Religion and Culture, Latina/o religiosity and Film Studies to discuss how and to what extent second-generation Latinos adopt U.S. culture and how and to what extent they retain their parent's culture. Arce teaches Religions of U.S. Latina/os at the University of San Francisco. Her teaching competencies also include U.S. Latina/o Film, Sociology of Religion, Latina/os, Religion and Gender, and Social Theory and Religion. She hopes her work will contribute towards benefiting the Latina/o and other immigrant communities in the United States and beyond.