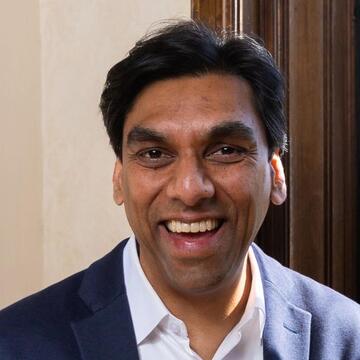 Tanu Sankalia is a tenured full professor in the Department of Art + Architecture, and coordinates the Urban Studies Concentration within the Environmental Studies Program. He teaches courses in urban planning and design, architectural and urban history, and architectural design. He was trained in urban design at UC Berkeley, and in architecture at the School of Architecture, Ahmedabad, from where he graduated with a gold medal for the best diploma thesis.

Professor Sankalia's research and creative work covers a wide range of topics related to architecture and urbanism, from the local context of the San Francisco Bay Area to the global perspectives of India and Latin America. His articles and essays have appeared in the Journal of Urban Design, Journal of Urban History, Journal of Planning History, and City, among others. He is co-editor of Urban Reinventions: San Francisco’s Treasure Island (University of Hawaii Press, 2017), and is currently completing a manuscript titled The Urban Unseen: San Francisco’s Interstitial Spaces.

Professor Sankalia is co-director of the Center for Research Artistic and Scholarly Excellence (CRASE) at the University of San Francisco. In 2011, he co-founded El Círculo, one of the longest standing faculty and staff reading groups on campus, which meets weekly during semesters to read and discuss critical theory.