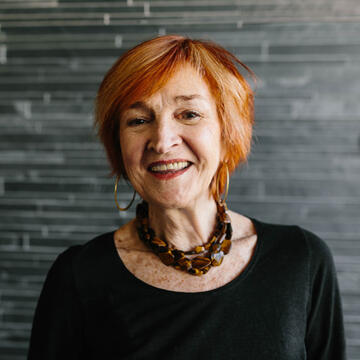 Susana Kaiser teaches at the Media Studies Department. She earned her PhD from the Institute of Latin American Studies at the University of Texas at Austin, her MA from the Department of Communication at Hunter College of the City University of New York, and her BA in Advertising from the Jesuit University of El Salvador, in Buenos Aires, Argentina, her country of origin. Before coming to USF she was a Postdoctoral Fellow at the University of California, Berkeley. Her research focuses on communication, cultural/political memory, and human rights. Kaiser has written about the communication strategies developed by the Mothers and the children of the disappeared.

Her book Postmemories of Terror: A New Generation Deals with the Legacy of the Dirty War (Palgrave Macmillan, 2005), based on oral histories with young Argentineans, explores the younger generation's memories of the military dictatorship (1976-83), including their interface with media representations of this period. Other publications in this area are: "To Punish or to Forgive? Young Citizens' Attitudes on Impunity and Accountability in Contemporary Argentina," Journal of Human Rights. Volume 4, Number 2, April-June 2005. "Escraches: demonstrations, communication and political memory in post-dictatorial Argentina," Media, Culture and Society, Vol. 24(4) June 2002. Her teaching interests include the multiple links of the media with political, civil, cultural, social, and economic rights, race and ethnicity, Latin American and Latin history and media. Some of the courses that she teaches are: Race, Ethnicity and Media, Latin American Cinema, Latins in the U.S. Media, Human Rights and Film, Latin American Perspectives.