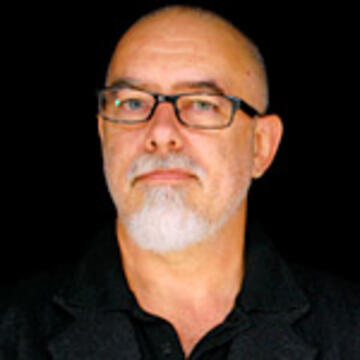 Roberto Gutiérrez Varea began his career in theater in his native Argentina. His research and creative work focuses on live performance as means of resistance and peacebuilding in the context of social conflict and state violence. Varea's stage work in the United States includes directing premieres of works by Migdalia Cruz, Ariel Dorfman, Cherríe Moraga, and José Rivera, among others. He is the founding artistic director of Soapstone Theatre Company, a collective of male ex-offenders and women survivors of violent crime, and El Teatro Jornalero!, a performance company that brings the voice of Latin American immigrant workers to the stage. Varea is a member of the Steering Committee of Theater Without Borders, and a member of the Artists in Distress Services of freeDimensional. He is a regular contributor to journals in performance and peacebuilding, and is co-editor and co-author of the two-volume anthology "Acting Together: Performance and the Creative Transformation of Conflict" (New Village Press). Varea is a founding faculty of the Department of Performing Arts, and the Performing Arts and Social Justice Major at USF.