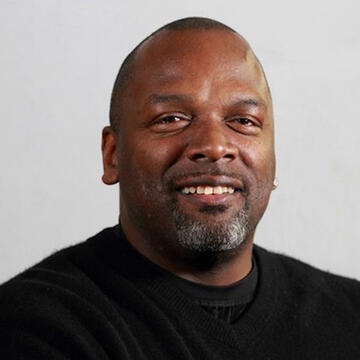 Reggie Daniels was born in San Francisco. He completed his undergraduate degree at the University of San Francisco in 2012 and his Masters at USF School of Management in business in 2014. He will complete his Doctorate of Education in 2018.

In 2012 Daniels received a Merit Scholarship from the University of San Francisco, School of Management. He has been honored with the Black History Month Local Heroes Award and highlighted on KQED; in July 2012, he received the In the Trenches “Change Agent” Award from Bayview Hunter’s Point Multipurpose Senior Services. Daniels has been featured on the USF Website, KQED Perspectives, and been a guest speaker on CNN’s In Session.

Reggie was a creative collaborator on the play Manalive which premiered at the Studio/Theater in San Francisco and sold out all of its six shows. The success of Manalive lead him to facilitate theater workshops for prison activists at the Saxonian Prison Theatre in Dresden Germany in 2013 as part of the Land in Sicht conference. Then to Prague’s 4th Global Conference on Experiencing Prison. Also, in 2013, he was featured in the film Well Contested Sites, an exploration of the effects of incarceration on individuals.