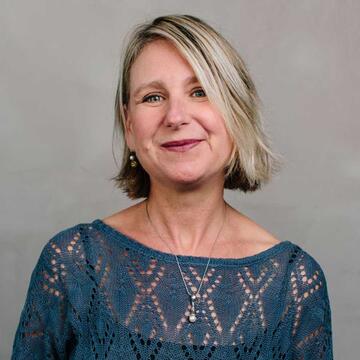 Rebecca has been a member of the music faculty at University of San Francisco since 2001, where she conducts the University Classical Choral Ensembles, teaches Music Appreciation, Musicianship & Principles of Tonal Theory, and Private Voice. In addition to her work at USF, Rebecca directs Sacred and Profane Chamber Chorus in Oakland. She holds Bachelors and Masters degrees in Voice and Conducting from the University of California, Santa Cruz, and a Doctor of Musical Arts in Choral Conducting and Pedagogy from the University of Iowa. A strong proponent of Swedish choral music, Rebecca has written extensively on Swedish music for women’s choir and the music of Karin Rehnqvist. Her conducting teachers have included Eric Ericson, Nicole Paiement, Timothy Stalter, and William Hatcher. In addition to her work with classical music, Rebecca is co-producer of a documentary film about folk music impresario Izzy Young. She performs regularly with her wineglass organ.