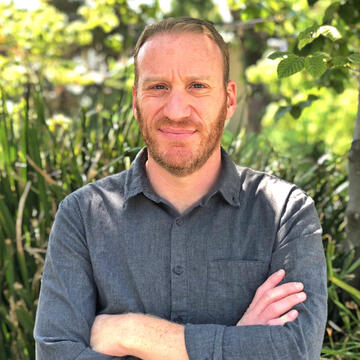 Oren was previously the director of the Beyond Bridges: Israel-Palestine program with the Center for Global Education at USF and the Center for Transformative Education and has led numerous study trips to Israel/Palestine. He is an experienced facilitator for groups in conflict and was trained by the former director of the pre-eminent School for Peace in Neve Shalom/Wahat al-Salaam (Oasis of Peace). His facilitation work brings together people from diverse backgrounds and focuses on issues relating to identity, power, privilege, conflict, and social justice. Oren's writing has appeared in numerous journals, books, and online publications including Jerusalem Quarterly, Tikkun, International Journal of Education for Social Justice, and +972 Magazine.