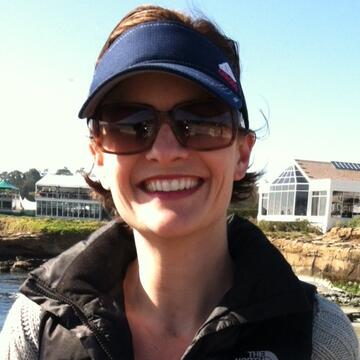 Nicole Mauro earned her BA in Communications Arts in 1992, and her MAW in fiction in 1996, both from USF. After receiving her MFA in poetry from Mills College in 1999, Nicole began teaching at USF, where she has mainly taught intermediate and advanced rhetoric, as well as a First Year Seminar course titled Intersection: Sidewalks, and Public Space. She has published poetry and scholarly articles in numerous publications, and is the author of six chapbooks, and two books of poetry, The Contortions (Dusie, 2009), and the forthcoming Tax-Dollar Super-Sonnet, Featuring Sarah Palin as Poet (Black Radish Books, 2014). She is co-editor of Intersection: Sidewalks and Public Space (A'A Arts, 2008), and is the founder of Black Radish Books. Her teaching interests include visual rhetoric, street art and graffiti as rhetoric, propaganda as rhetoric, and avant-garde poetry and poetics. She loves teaching, believing the educational process to be a dynamic one wherein she learns as much as her students.