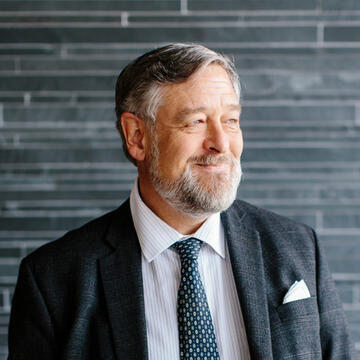 Michael D. Torre received a PhD in 1983 and joined the USF philosophy department in 1989. He is now its senior member. He has served as the department chair and as the coordinator of its ethics sections. Professor Torre has been a past vice-president of the Institut Internationale Jacques Maritain, and is currently serving on its Scientific Committee. He was the second general editor of the American Maritain Association's series of publications from 2009-2013, and its president from 2012-2016. He has taught numerous courses for the department, especially on ancient and medieval philosophy and the major figures of those periods: Plato, Aristotle, Augustine, Aquinas. He has also taught a number of core courses in philosophy: Logic, the Human Person, Ethics, and the Philosophy of Religion.

Professor Torre’s research interests have focused on the "interface" between reason and faith, nature and grace, and philosophy and theology, and with their common issues, such as the existence and nature of God, the relation between providence and free will, or the relation between providence and evil. He has published on various aspects on the thought of Thomas Aquinas and especially on the problem of God's permission of sin. As his presidency of the AMA indicates, he also has written widely on contemporary Thomists, particularly on Jacques Maritain and Yves R. Simon, and given courses on contemporary Thomists. He has just edited a book on the best of the Yves R. Simon’s philosophical writings, due to appear in 2020 with the University of Notre Dame Press.