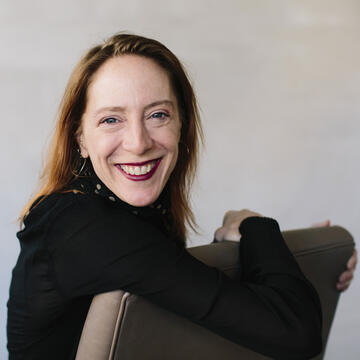 Megan Nicely is an artist/scholar whose teaching and research integrate theory and practice. Her scholarship brings together experimental choreography, critical dance and performance studies theory, philosophy, cultural studies, and physical practices including modern/contemporary dance, Japanese butoh, yoga, and other somatic approaches. Her group Megan Nicely/Dance has performed on both US coasts, in the UK, and in Europe, and her writing has appeared in TDR: The Drama Review, Performance Research, PAJ, Choreographic Practices, InDance, and others. She served as managing editor of TDR from 2007-2009 and is currently co-editor of the journal’s Critical Acts section. She has also been a board member and facilitator for The Field SF, served on the Izzies (Isadora Duncan Dance Awards) committee, and led Dance Discourse Project #18 on Choreographic Thinking. She received her MFA in dance from Mills College and her PhD in performance studies from New York University. Megan continues to perform and present her research and collaborative choreographic projects at venues and conferences both locally and worldwide. An adjunct professor at USF from 2000-06, she became Assistant Professor in 2010.