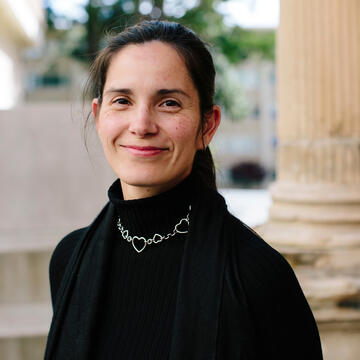 Kouslaa Kessler-Mata arrived at USF in 2007 as an ethnic minority dissertation fellow after completing a fellowship at the National Congress of American Indians in 2006–07. She received her PhD in Political Science at the University of Chicago and serves in the Politics Department at USF as an associate professor. Her research interests include: democratic politics; the normative dimensions of policy making; negotiating political boundaries between local and tribal governments; federalism; and Federal Indian law in general.

Prior to graduate school, Dr. Kessler-Mata was a Fellow in the Coro Fellows Program in Public Affairs in San Francisco (FPPA '01), and received her BA with honors from San Francisco State University (2000). She is Yak Tityu Tityu Northern Chumash and Yokut, married to a fellow UChicago comrade and has two children.