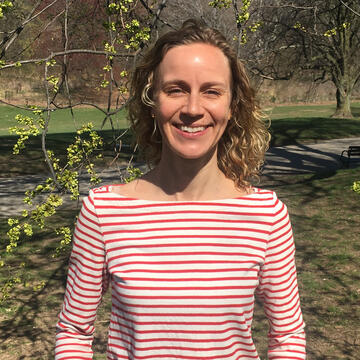 Former editor at the New Yorker

Kelly Bare is a Lincoln, Nebraska native currently living in Brooklyn, New York with her two young children. She is a writer and editor with a background in magazines, book publishing, digital media, and strategic communications. She has published two books, helped launch web sites and magazines, and spent almost a decade at The New Yorker, helping the near-century-old magazine become fully digital. In 2014, she joined the team at Bloomberg Politics, her editorial perch for the 2016 presidential election cycle.

A favorite project at the moment is her communications work with The Public Good, a new entity out of Columbia Teachers College. The Public Good studies, supports, and shares stories about racially and socioeconomically integrated public school communities, fostering a national conversation about how we might break persistent cycles of re-segregation, and the role these schools communities could play in the future of our democracy. Her work with schools as a parent and a professional has led her into community organizing, with a focus on bringing people together to work collectively across lines of difference, real or perceived.

She graduated from the Medill School of Journalism at Northwestern University in 1998 with a joint BSJ/MSJ and a double major in English Literature. She believes that everyone has a powerful story to tell, and that once they find their voice, it can’t help but flow out. She also believes that everybody needs an editor. Oh, and Elmore Leonard named a character after her—true story.