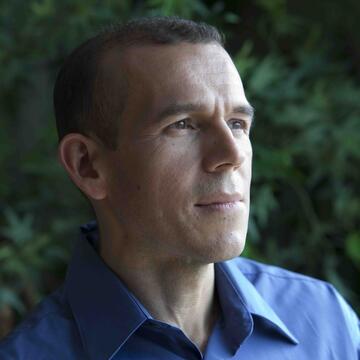 Julio Moreno is a professor of history and affiliated engineering faculty at the University of San Francisco. Born in the Salvadoran countryside, Professor Moreno fled his country's civil war at the age of fourteen and navigated the US educational system as an undocumented immigrant. He is the recipient of distinguished awards that include research fellowships on the globalization of U.S. business, technology, and diplomacy at the Library of Congress and the Institute for Historical Studies at the University of Texas in Austin.

Professor Moreno's move from rural child labor to a full-time Southern California factory job in his early teens inevitably shaped his research, publications, and professional leadership. He is the author of articles and books that include Yankee Don't Go Home, a book on Mexican nationalism and American business culture in Mexico, and a short autobiographical piece on immigration titled "No Need to Fear, I'm American." He is also co-author of Reflections, a Harcourt Publishers' six-volume book series for elementary schools in California. He is a contributing author and co-editor of Beyond the Eagle's Shadow, a book that looks at US business, technology, and diplomacy in Latin America's Cold War. His current book project is a history of Coca-Cola in the Americas.

Professor Moreno supervised several sustainable development programs collaboratively with universities and local NGOs in Latin America, Africa, and India as director of the Center for Latino Studies in the Americas and faculty director of the Leo T. McCarthy Center Global Community Engagement Program at USF. He is currently serving on the Board of Trustees at Presidio Knolls Progressive Mandarin Immersion School. He is a noted presenter on Latin America, US diplomacy and business abroad, and pressing issues dealing with the Latinx community in the United States. He has granted numerous interviews to national and international television, radio, and other news organizations, including CNN, ABC, CBS, NBC, Univisión, and Telemundo. Professor Moreno has also served as a consultant on diversity, equity, and inclusion for public and private organizations.