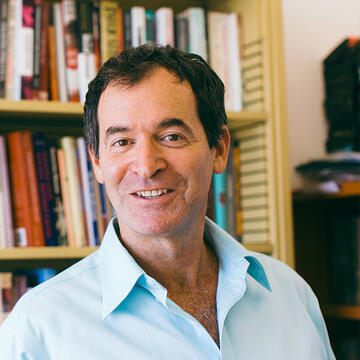 Professor of Sociology and Associate Dean of Social Sciences

Joshua Gamson received his BA from Swarthmore College, and his MA and PhD from the University of California at Berkeley, and previously taught at Yale University. He currently teaches Sociology of Popular Culture, Sex and Sexualities, Introduction to Sociology, and Fieldwork in Sociology.

His research and teaching focus on the sociology of culture, with an emphasis on contemporary Western commercial culture and mass media; social movements, especially on cultural aspects of contemporary movements; on participant-observation methodology and techniques, particularly as applied in urban settings; and on the history, theory, and sociology of sexuality.

He is the author of Claims to Fame: Celebrity in Contemporary America (California, 1994); Freaks Talk Back: Tabloid Talk Shows and Sexual Nonconformity (Chicago, 1998), winner of book awards from the American Sociological Association and the Society for Cinema Studies; The Fabulous Sylvester: The Legend, The Music, The Seventies in San Francisco (Henry Holt, 2005), winner of the Stonewall Book Award from the American Library Association; and Modern Families: Stories of Extraordinary Journeys to Kinship (2015). His published scholarly work also includes studies of sex scandals (Critical Studies in Media Communication and Social Problems), popular culture and gay and lesbian people (Handbook of Lesbian and Gay Studies), sexualities and qualitative research (Handbook of Qualitative Research), the political pitfalls in the pursuit of media visibility (Sexualities) exclusion processes in sex/gender movements (Gender & Society), organizational aspects of collective identity construction (Sociological Forum), and dilemmas in identity-based movements (Social Problems). He has also written for magazines and newspapers such as The Nation, The American Prospect, and Newsday. He received a Guggenheim Fellowship in 2009. His web site is joshuagamson.com.