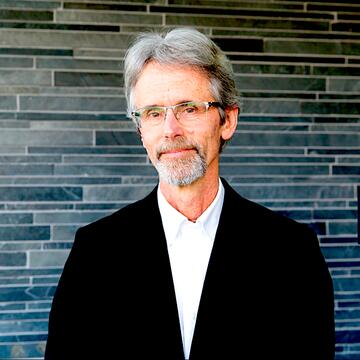 John Nelson is Professor of East Asian religions in the Department of Theology and Religious Studies, University of San Francisco. He is the author of Experimental Buddhism: Innovation and Activism in Contemporary Japan (2013, University of Hawaii; co-winner of the 2014 Numata Prize for 'outstanding book in Buddhist Studies'), two books on Shinto in contemporary Japan (A Year in the Life of a Shinto Shrine [1996], and Enduring Identities: the Guise of Shinto in Contemporary Japan [2000], numerous articles, and has produced two short documentary videos, "Spirits of the State: Japan's Yasukuni Shrine" (2005) and "Japan's Rituals of Remembrance: 50 Years after the Pacific War" (1997). He co-edited the reference volume titled Handbook of Contemporary Japanese Religions (Brill, 2012).

He has received extended research fellowships from the Japan Foundation (2006), as well as the the Social Science Research Council, the Japan Society for the Promotion of Science, the Fulbright Foundation, and the Niwano Foundation. During his 2013 sabbatical year, he spent seven months traveling through Japan, Indonesia, India, Nepal, Turkey, Greece, and Germany. Along the way, he gave six public lectures, was visiting faculty at Sanata Dharma University in Jogjakarta, Indonesia, had numerous adventures, and gained a greater understanding of the relationship between religion and globalization. His travel blog and many photos can be found at http://nelsonjblog.wordpress.com.

As a cultural anthropologist, Nelson's research and publications explore the interaction between religion and politics in East Asia, with a current emphasis on global dynamics and rapid social change. He is also interested in transnationalism, constructions of gender and cultural identity, social memory, and sites designated as "sacred."

In February 2016, Nelson was interviewed as an expert on the Shintō religion for a Canadian Broadcasting System (CBC) program "Tapestry". The interview is live on the CBC's English language online service.

In 2015, Nelson appeared on the "New Books in Buddhism" podcast on the New Books Network to speak about his book Experimental Buddhism: Innovation and Activism in Contemporary Japan, which is available for free on iTunes.