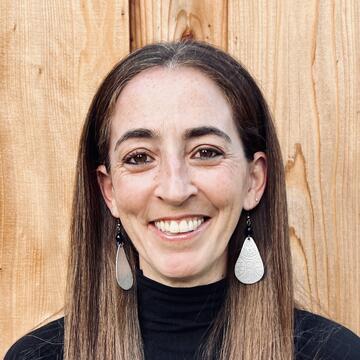 Jennifer Murphy is an assistant professor in the international studies department at the University of San Francisco. Jenny’s facilitating, curriculum development, and research are informed by ongoing investigations in the interdisciplinary humanistic social sciences. Her geopolitical area of emphasis has been the territorial conflict between Western Sahara and Morocco (1975-present), particularly the political organizing and quest for self-determination of the indigenous Sahrawi people in the region.

Jenny’s international work emerged organically from conflict work, interdisciplinary graduate training and a global network of colleagues in Africa, Asia, Europe, and the Americas. She has lived and worked for extended periods in Japan, Ecuador, El Salvador, Colombia, England, Austria, Spain and the Sahrawi refugee camps of Algeria. Jenny teaches and publishes in English and Spanish and has studied Arabic and Japanese. Her teaching philosophy, international and intercultural experience, and research program converge in the practice of social justice education, seeking out, wandering, and traversing so she can grow as a facilitator for students.

In her free time, Jenny writes creatively, reads voraciously, plays fútbol and as many other sports and fun games as she can. Outside of her scholarly activities, Jenny and her sister, Teacher Barb, write and produce a social-emotional puppet and music program, Teacher Barb and the Musicmakers, for young children and their families.