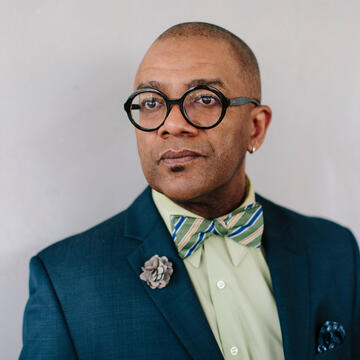 Professor James Lance Taylor is from Glen Cove, Long Island. He is author of the book Black Nationalism in the United States: From Malcolm X to Barack Obama, which earned 2012 "Outstanding Academic Title" - Choice: Current Reviews for Academic Libraries. (Ranked top 2 percent of 25,000 books submitted and top 8 percent of 7,300 actually accepted for review by the American Library Association). Rated “Best of the Best.” The hardback version sold out in the U.S. and the paperback version was published in 2014.

He is a former President of the National Conference of Black Political Scientists (NCOBPS), an important organization of African American, African, and Afro Caribbean political scientists in the United States, 2009-2011. Taylor also served as Chair of the Department of Politics at the University of San Francisco from 2012-2015, and Faculty Coordinator of the African American Studies Program for 2015-2017. He served as the Chair for the “Committee on the Status of Blacks” in Political Science for the American Political Science Association (APSA), 2016-2017.

Professor Taylor is currently writing and researching a book with the working title, Peoples Temple, Jim Jones, and California Black Politics. He expects the book to be completed with a 2018-2019 publication range. The book is a study of the Peoples Temple movement and African American political history in the state of California.

He co-edited and published in Something's in the Air: Race and the Legalization of Marijuana, with Katherine Tate (UC Irvine) and Mark Sawyer (UCLA), focusing on controversies concerning race, social justice, and marijuana legalization in the state of California.

Prof. Taylor’s scholarship internationally was acknowledged through his Keynote invitation at the 2014 National Indigenous Studies Conference (AIATSIS) in Canberra, Australia, where he presented the lecture, “Taking Intercommunalism Seriously: Black Power, Indigeneity, and Peoples' Struggles for Recognition and Anti-Racist Democracy."

Demand for Prof. Taylor’s political analysis, expertise, and opinion has been sought internationally by leading media organizations in Dublin, Ireland, Canberra, Australia, Toronto, Canada, and London, England. He serves as a political commentator on San Francisco, U.S national, California, and U.S. Black politics on behalf of the University of San Francisco's Media Relations Office and appears regularly on San Francisco News TV with KRON 4, FOX KTVU local, and ABC 7. He is a frequent guest on NPR/KQED with Michael Krasny and other programs, and has appeared counting so far eight times at the California Commonwealth Club in San Francisco aside leading figures in law, media, and politics.

He is the guest political commentator for the Carl Nelson Show on WOL-AM 1450, Radio One, Washington, DC.

In 2015, Prof. Taylor addressed hundreds of California Law Enforcement Officers at the International Institute of Criminal Justice Leadership in San Francisco (USF) on the topic of “The Black Lives Matter Movement” and Law Enforcement and currently serves as a committee member for two Executive Level committees (Bias and Community Engagement) (SFPD Command Staff level) for the Mayor’s Office of San Francisco and the San Francisco Police Commission’s mandates to implement the Obama Department of Justice Findings and Recommendations on the operations of the San Francisco Police Department.

His teaching and research scholarly interests are in religion and politics in the United States, race and ethnic politics, African American political history, social movements, political ideology, law and public policy, Black political leadership, and the U.S. Presidency. He lives with his family in Oakland, California.