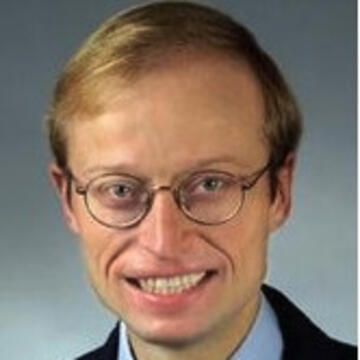 Professor Camblong's research has been centered on miscellaneous topics in quantum field theory, gravitational physics, and many-body theory. His main focus has been on developing general frameworks, with applications to fields as diverse as condensed-matter physics, molecular physics, nuclear physics, elementary particle physics, and quantum gravity. Some of the highlights of his published research over the past decade include collaborative work on: a geometrical and gauge-invariant approach to the quantum effective action; a many-body formulation of magnetotransport for inhomogeneous systems; nonlinear redefinitions of quantum fields in path integrals; path integral treatments of singular problems and bound states; a discovery of a quantum anomaly in molecular physics; and various applications of renormalization theory.

His most recent work focuses on the effective field theory approach to a variety of physical problems on different scales. The effective field theory program consists of: (i) the redefinition of the relevant physical variables of a singular system; (ii) the reinterpretation of the system as "effective," within an approximation scheme in which it asymptotically emerges as a simpler version of a larger system defined over a wider range of scales. These techniques are of particular interest for those singular problems in which a naive analysis would either fail to provide any definite answers or otherwise yield divergent results. The implementation of the required renormalization is an open game (whose rules are to be rewritten). This game has acquired renewed interest because such singular problems have been found, over the past few years, in effective field theory analyses of nuclear interactions and in the study of black holes and branes.

With the tools provided by the effective field theory program, Professor Camblong is investigating a number of problems. In particular, with his collaborators, he has identified a remarkable series of examples within the framework known as conformal quantum mechanics (CQM). This research has promoted CQM from a series of theoretical ``toy models'' to a ubiquitous framework for the analysis of a large class of physical systems. These are systems that exhibit a conformally invariant domain, possibly limited within two scales: one ultraviolet and the other infrared. The conformal symmetry of these models only needs to be approximate within the appropriate domain; it involves invariance under time reparametrizations, with has an enlarged family of three generators that includes the system Hamiltonian and forms an SO(2,1) group. A number of universal results of CQM are currently being derived and applied to a variety of physical systems: dipole-bound molecular anions; neutral-atom scattering by charged wires; the Efimov effect for three-body interactions, expected for the three-nucleon problem; the Calogero model, with potential realizations in condensed matter physics; and the Aharonov-Bohm effect. A particular kind of expected behavior, exhibited by the molecular realization (dipole-bound anions) and in the Efimov effect, can be interpreted as a quantum anomaly (or quantum symmetry breaking). This research program has led to a characterization of the algebraic structure of the conformal anomaly, in which the SO(2,1) invariance breaks down at the level of the quantum-mechanical commutators of the symmetry algebra.

Two recent major outgrowths of the study of singular interactions are the study of singular potentials within the brane-world scenario and the characterization of black hole thermodynamics. In the brane-world scenario, the emergence of classical gravitation is shown within a larger anti-de Sitter universe, with the observable low-energy physics confined to a brane; a number of singular problems naturally arise, to which some of the regularization techniques for singular potentials are useful. The other major topic, black hole thermodynamics, has acquired particular prominence in theoretical physics, as a result of its ``confirmation'' by string theory and loop quantum gravity, and of the development of the holographic principle and the AdS/CFT correspondence. A number of connections, involving these different perspectives, highlight the relevance of conformal quantum mechanics. One of the most interesting results being investigated by Professor Camblong and collaborators is the relationship between the near-horizon conformal symmetry of black holes with black hole thermodynamics and the Hawking effect.