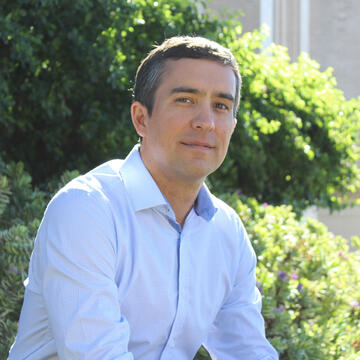 He is currently revising a manuscript titled, Whose Suffering? Whose Freedom? A Phenomenological Reconstruction of Sāṃkhya Naturalism. This project offers a philosophical interpretation of the Sāṃkhya Kārikā as a phenomenology of natural life. It critiques various modern scientific assumptions toward nature that underlie standard readings of the Sāṃkhya Kārikā. In place of this, Geoff’s manuscript draws upon the following three philosophies of “life” with a view to reconsidering how the Sāṃkhya Kārikā understands the natural world, human life, and the interrelation between the two: Johann Wolfgang von Goethe’s theory of organics, José Ortega y Gasset’s existential phenomenology, and Terrance Deacon’s biosemiotics.

A second and on-going research agenda draws upon Geoff’s background in Buddhist philosophy, Thai Studies, and Thai language. Tentatively titled, “From No-Self to Social Agency: A Thai Buddhist Approach to Social Engagement,” this project examines the theoretical underpinnings and practical manifestations of a Thai Buddhist vision of social engagement. Among other funding agencies, this project has been supported by “The Project of Empowering Network for International Thai Studies” (Chulalongkorn University, Bangkok, Thailand).

A third research agenda explores cultural and disciplinary variation in thinking through mimesis (Sanskrit: anukṛti). Sponsored by the Fulbright Scholar Program, this project draws upon debates within Indian aesthetics, art history, postcolonial theories of art, and Western mimetic theory, in order to argue that Indian philosophers of art frequently rejected mimesis as an artistic ideal due to its perceived implications for a dualistic metaphysics.